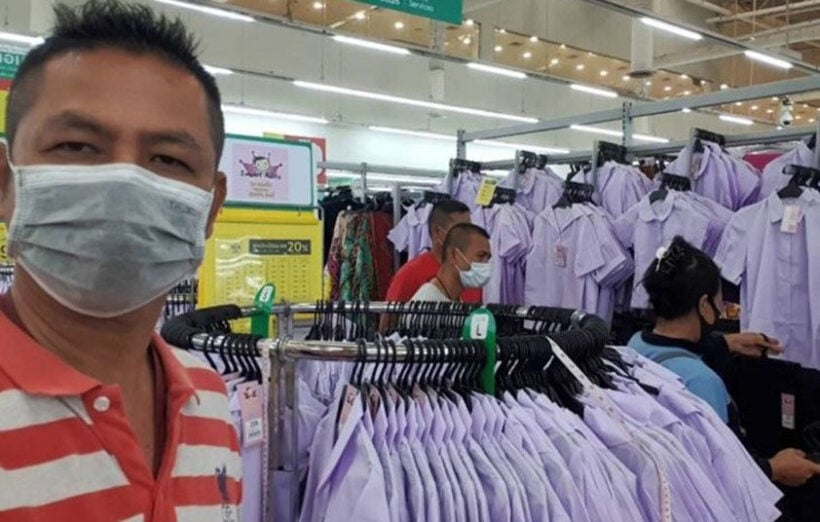 Customers have come to the aid of a woman after she was detained for shoplifting school uniforms for her children in southern Thailand.

The woman says she is struggling financially due to the Covid-19 pandemic and had no choice but to shoplift as she is unable to afford the cost of the uniforms. The woman, aged 26, was with her 8 year old daughter in a shopping mall in Chumphon, when security guards noticed her shoplifting skirts, shorts, and shoes. She was detained in a backroom of the store while police were called.

A report in the Chiang Rai Times says the woman says she’s sorry for her actions. Both she and her husband are out of work as a result of the economic downturn in the wake of the Covid-19 crisis. The woman says she would rather steal the clothes than embarrass her children by sending them to school without uniforms.

Shoppers, who were in the store at the time, took pity on the woman and gathered 1,200 baht to pay for the school clothes. Customers also persuaded management at the store not to press charges against the woman, who was let go with a warning.