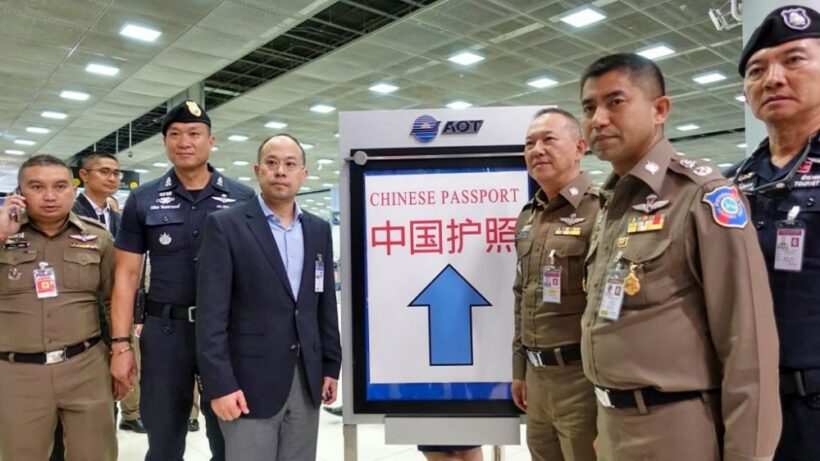 Arriving on an international flight at Suvarnabhumi airport? Long lines at Immigration? No problem – please use the new special VIP lane, as long as you’re Chinese.

As the Ministry of Touristm and Sport and the Tourist Police go on a charm offensive to restore confidence in the Thai travel market, a new special Chinese Immigration line has been established at the country’s five largest airports.

Mr Everywhere, Maj Gen “Big Joke” Surachet Hakpal (who has been photographed in four different parts of the country in the last two days) and Pol Maj Gen Pritthipong Prayoonsiri at Region 2 immigration did today’s photo-opportunity honours at the opening of the new fast-track lanes. How many lanes devoted to Chinese tourists?

The Tourist Police website says that Thailand did not want to be seen as taking advantage of the Chinese. They say VIP measures were already in place to give Chinese tourists every assistance from the plane to their waiting transport outside the airport.

They said they were looking at short term and long term ideas to help address particular problems faced by Chinese tourists. There was no specific mention of the recent drop in Chinese tourists and the many cancelled travel plans to Thailand, particularly Phuket.

There are no plans for special ‘VIP’ lanes for other nationalities at this stage. 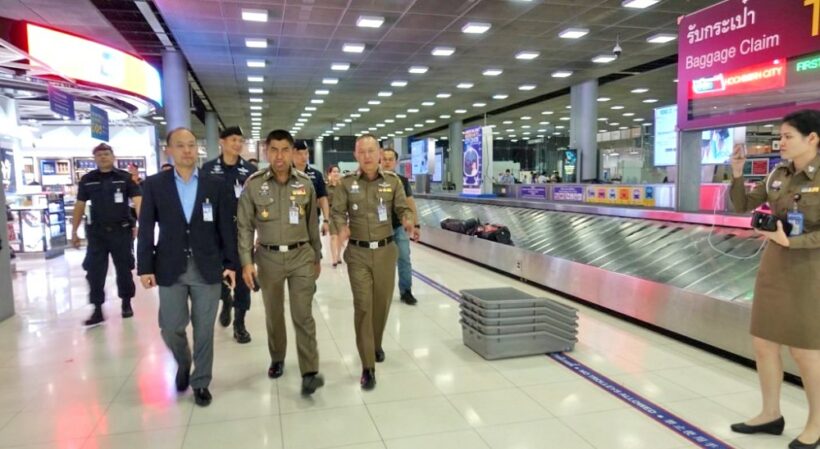