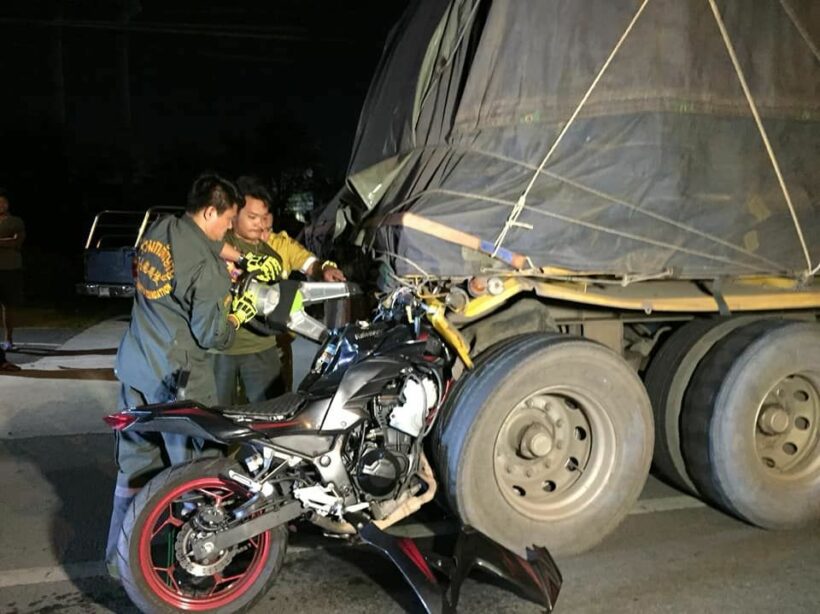 A motorbike driver has died after colliding with the rear of a trailer in Samut Prakan, south of Bangkok, last night.

Bangpu Police were notified of the incident on Sukhumwit Road in Bangpu Mai at 10pm.

Police and rescue workers arrived to find a body of the motorbike driver, 33 year old Amnart chockbandit, at the scene. Nearby they found the 300cc Kawasaki Ninja motorbike embedded in the back of the trailer.

The trailer driver Charin Sukkasem says while he was driving the trailer, he heard the sound of the impact. He stopped the truck, got out and discovered that the motorbike had ploughed into the back of the trailer truck.

At this stage police believe that the motorbike driver was driving at high speed and was unable to swerve and avoid the rear of the truck. 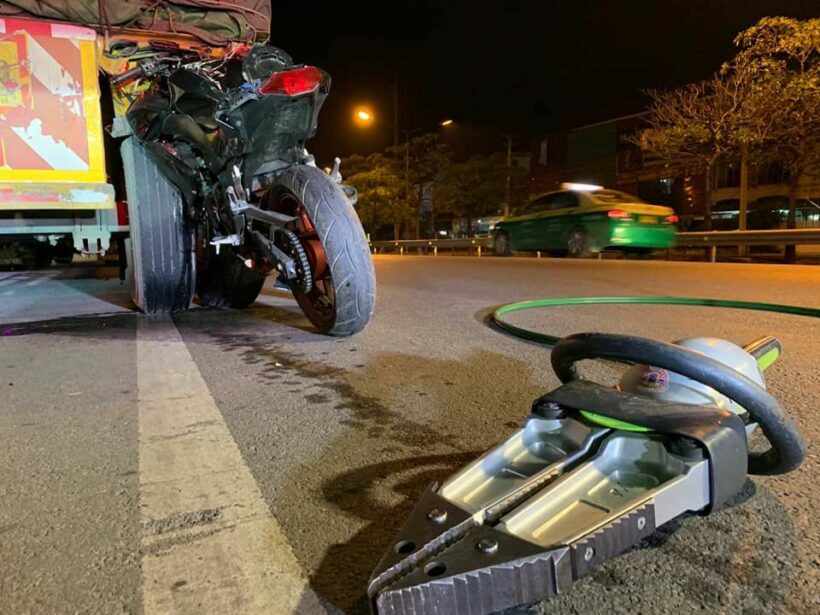 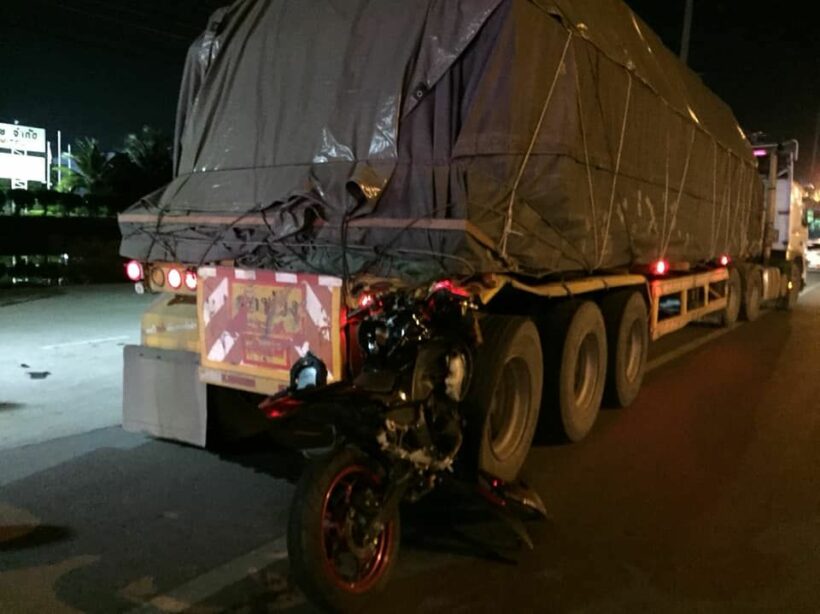