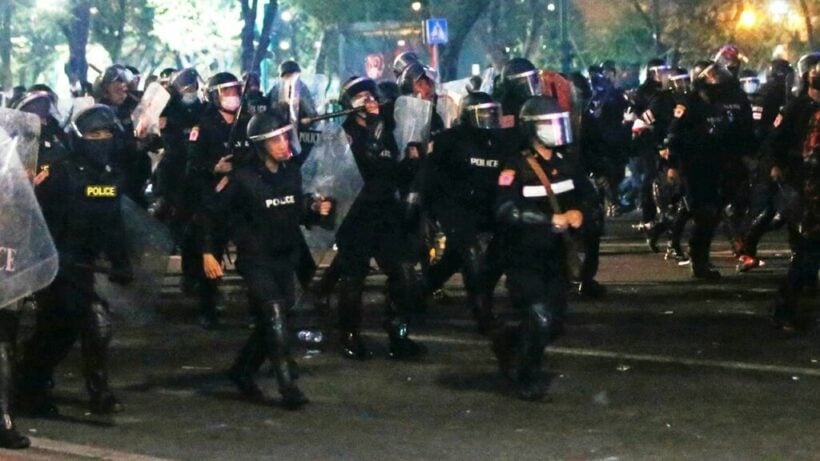 More than 20 police officers were injured in a clash with protesters last night at Bangkok’s Democracy Monument, according to the police’s deputy spokesperson. Youth activists gathered to rally against Thailand’s use of the lèse majesté law which prohibits insults against the royal family under Section 112 of the Criminal Code. Numerous activists calling on monarchy reform have faced lese majeste charges over the past few months. The charge carries a penalty of up to 15 years in prison.

Last night, protesters draped a red cloth over the Democracy Monument, representing the blood of fighters for democracy. Some protesters held handmade shields and wore helmets. Some even wore gas masks. According to Reuters, the activists threw paint at police and small bangs were heard near the city shrine. At least one firecracker exploded, according to spokesperson Kissana Pattanacharoen. Around 7 or 8 people were detained.

In a video by Khaosod English reporters, who heavily cover the protest movement in Bangkok, police in riot gear beat a man on the ground. Khaosod says the man wore medic vest and another emergency responder confirmed that the man is a rescue worker.