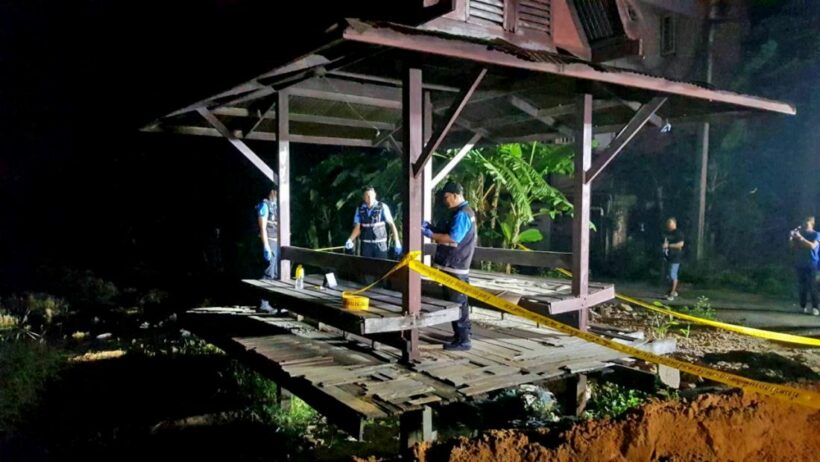 The Min Buri police station was alerted to an apparent suicide at 3am today at a bus stop in Bangkok’s Bang Chan district.

A man had shot himself at the Bangkok bus stop after sending Line messages to his friend and daughter.

Police say 50 year old Pramote Iam-aram, a local factory worker, died inside the bus stop from a gunshot to his right temple. A .357 revolver was found lying beside him.

His friend, 42 year old Preecha Jarassopha, told police at the scene that he received a Line message from Pramote an hour before the incident, asking him to take care of his daughter after he was gone.

The message also told Preecha to meet Pramote at the bus stop.

Pramote’s daughter, 21 year old Wareerat Iam-aram, told police she also received a Line message from her father asking her to take care of herself, and also to come to check at the bus stop and find the body.

UPDATE: Father and brother traveling to Thailand to speak to Saudi 18 year old