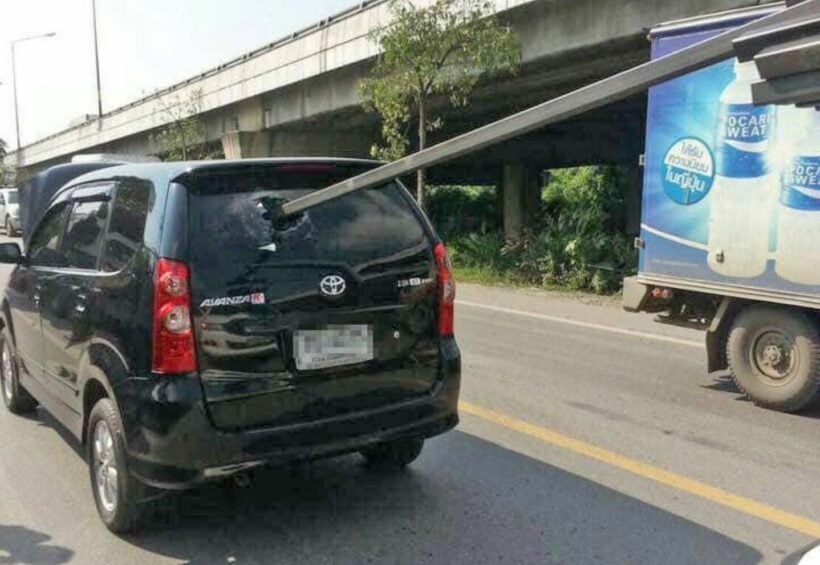 A Thai driver has narrowly escaped injury, or death, as a steel girder came loose from a pick-up following him, piercing the vehicle from the rear window to the front of the passenger cabin. Yikes!

A pick-up carrying steel girders had braked suddenly, flinging the 3-4 metre-long pipes forward, through the rear window, into the car in front, according to Thai news agency sanook.com

Horrifying photos of the damaged Toyota were widely shared on Thai social media with netizens noting how the driver was lucky to escape injury, or worse. (You can be sure that Thais will be looking for lottery tickets including this car’s number plate)

One online poster told drivers to “keep away from vehicles transporting such things”. Police have been talking to the owner of the pick-up transporting the steel piping. 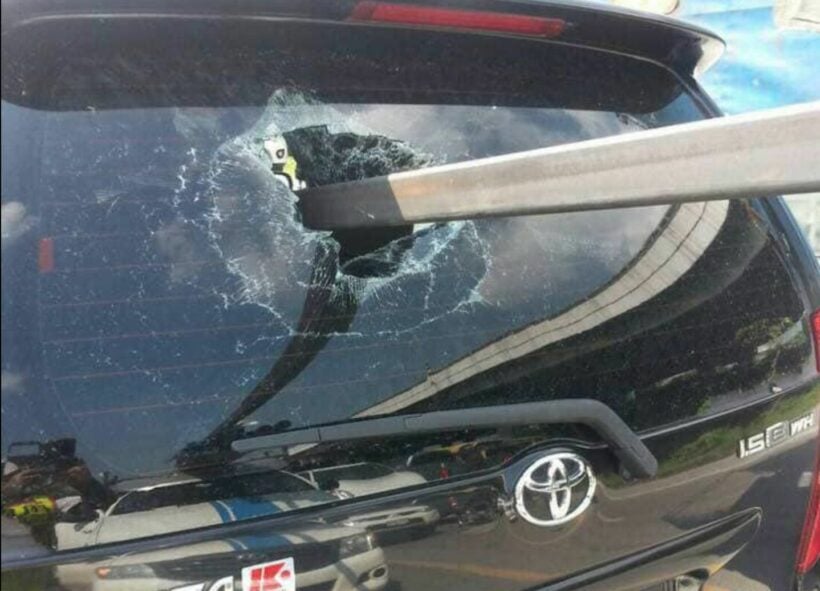 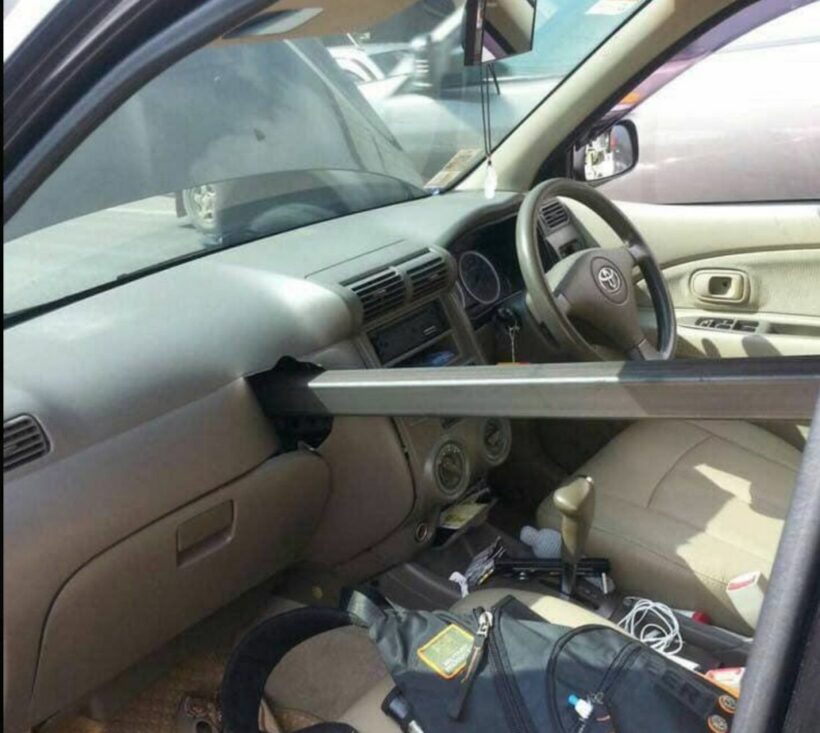 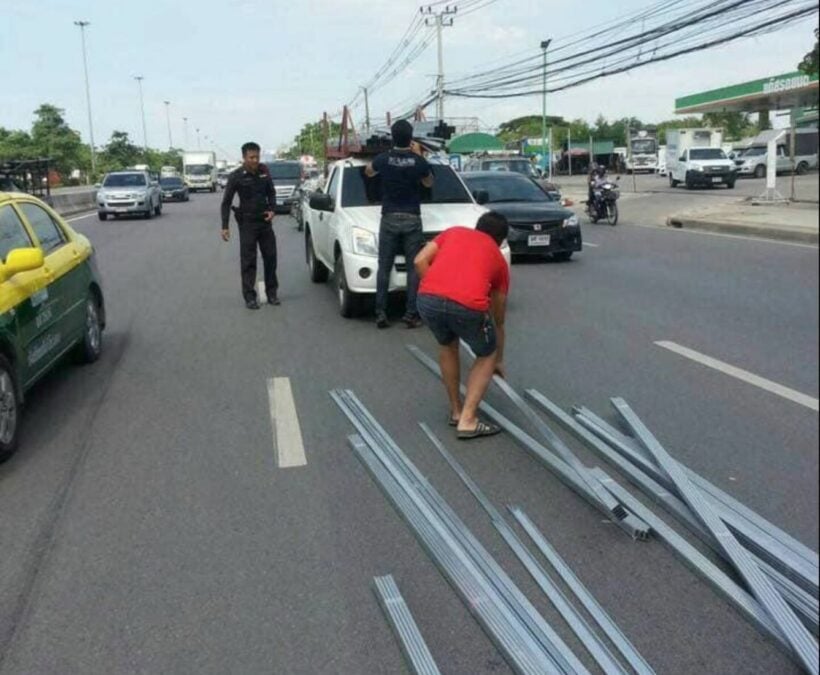