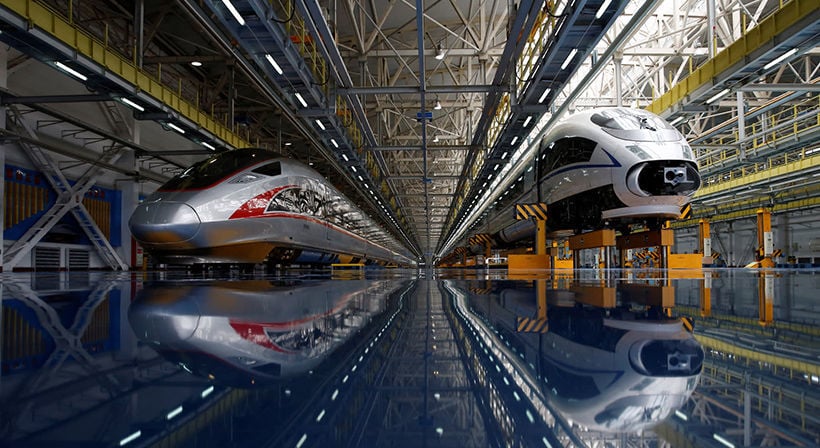 After years of delays, negotiations and more negotiations, bullet trains (high-speed trans) are coming to Thailand. But with one project underway, another already approved and others being considered, many speculate if high speed rail is the right fit for the Kingdom.

Critics say the existing contracts with the Chinese are more about a political jibe at the US over its criticism following the 2014 coup, than actually meeting any transport needs for such a rail service.

But Thai shipping magnate Thanet Sorat says that the high speed train network will be a game changer for Thailand. Thanet is an adviser to Thailand’s Senate Committee on Transportation, and president of the Thai Authorised Customs Brokers Association. He wants to see the trains, with top speeds 250 kph “pin-balling” around the country within four years. He may be over-optimistic.

The current projects will use Chinese HSR (high speed rail) technology. Even though Thailand has declined Chinese loans to pay for the high speed trains, the projects are considered a part of the broader Chinese Belt and Road Initiative, a massive ‘foreign policy’ plan to connect China to the rest of Asia through transport infrastructure.

The Chinese government have been spending up big on massive these projects throughout the pan-Asian continent for the past decade. (Meanwhile Britain spends four years figuring out how to leave the EU and the US President is hell-bent on building walls along the US southern border)

A massive new rail hub is being constructed in Bang Sue which will replace the 103 year old Hualamphong Station in Bangkok. The new station in the city’s northern suburbs will serve the new high-speed network as well as the existing rail services, which are currently being upgraded from single to dual track around the country.

Just last month Thailand’s CP Group signed a contract with State Railway of Thailand for the construction of a new high speed rail link joining Suvarnabhumi and Don Mueang airports in greater Bangkok, to Chachoengsao, Chonburi, Sriracha and Pattaya in the east, as well as the U-Tapao airport, serving Pattaya and the Eastern Economic Corridor. This is expected to be operational by 2024. 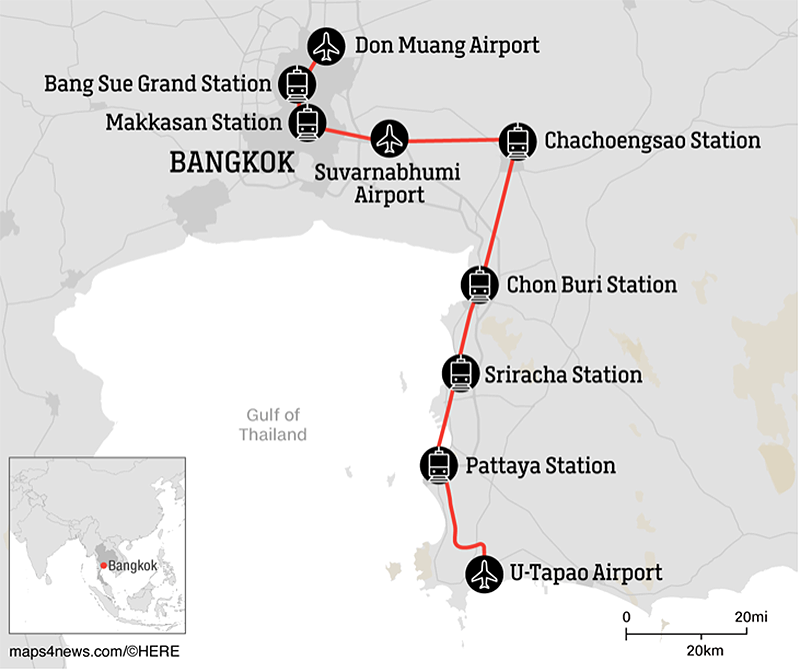 In the medium to long-term the government is also planning to move around 10% of the flights from Suvarnabhumi to an upgraded U-Tapao, taking some of the pressure off the over-capacity BKK airport.

Khun Thanet says the goal is to provide easy access to the Eastern Economic Corridor, a zone that  constitutes 80% of total foreign investment in Thailand. The EEC project is the Thai government’s flagship economic project.

The three-airport/EEC high speed rail links are also expected to take some of the pressure of the highways and will reduce current travel times by more than half.

But some critics wonder if the expensive high-speed solution, using Chinese technology, is the right fit for Thailand. They argue that a traditional dual track extension of the existing network, serving the eastern area of Bangkok, would suffice. Currently the only way to head east from Suvarnabhumi is by jumping in a taxi or passenger van for the nearly two hour ride to Pattaya.

They point out that some 3,000 houses will also have to be demolished for the new high-speed lines with the government still embroiled in court cases over forced land appropriations. 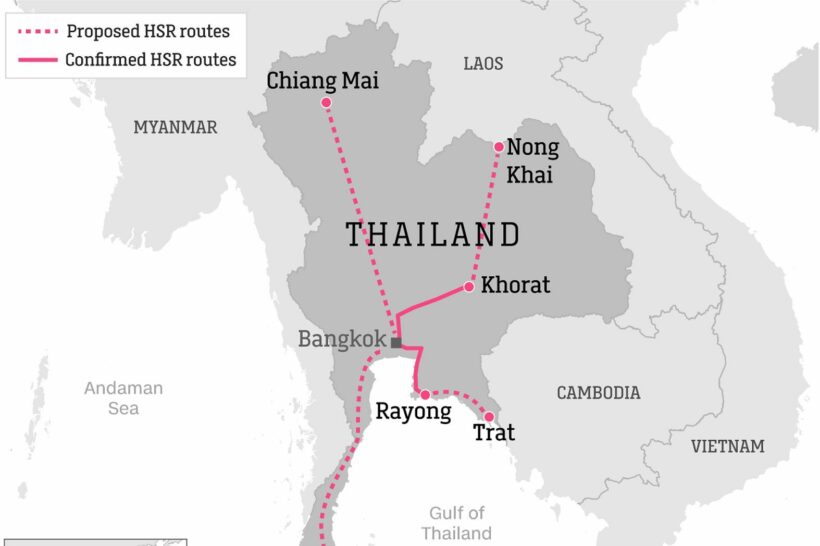 The other project already underway is the Bangkok to Nakhon Ratchasima high-speed rail line. This line will link Bangkok with Don Mueang and Ayutthaya, and then north east to Korat. Eventually this line, expected to be completed in 2023, will be extended to the Laos border at Nong Khai, linking with another high-speed rail service currently under construction in Laos which will run through to Kunming in China.

But critics argue that this grand project, given the green light by the NCPO military government in 2017, is a route to ‘nowhere in particular’ because, they claim, Thailand’s north-east is not generally on the tourist map, or certainly not as popular as the other hot-spots, and that local Thais won’t be able to afford a ticket.

They also say the military government’s projections at the time just don’t add up, reckoning the proposed passenger traffic falls 90% below the numbers needed to repay the investors over 20 years. They claim the decision was made as a concession to China in a broader foreign policy ‘tiff’ with the US, who were heavily critical of the Thai military coup in 2014.

Government-sponsored travel around Thailand has been a loss-maker for years. Both the State Rail Authority and the government-run bus services have long operated at financial losses as passenger numbers dwindle each year (as Thais buy more cars and road networks improve).

Then there’s the rising losses, over a decade, for Thai Airways. Budget carriers like Air Asia, Lion Air, Vietjet and Nok Air compete with fares from Bangkok to more than 20 other Thai cities for as little as US$20. Thai Airways and its shorter-haul subsidiary, Thai Smile, have struggled to compete.

The high speed rail fares will be higher and the commercial airlines will surely compete to keep their market share. The bullet train from Bangkok to U-Tapao is projected to cost 330 baht and Bangkok to Korat 500 baht.

In the future, Khun Thanet sees Thailand as a central hub in Southeast Asia linked by high speed rail. He also suggests that “20 years into the future, we should be able to produce high-speed trains ourselves and not only buy them from China or Japan.”

Currently the Thai government is also considering more high speed lines running north from Bangkok, through central Thailand to Chiang Mai, south from Bangkok through Petchaburi, Hua Hin, Surat Thani to Hat Yai, and extending further east from Pattaya, through Rayong to Chanthaburi and Trat on the Cambodian border.