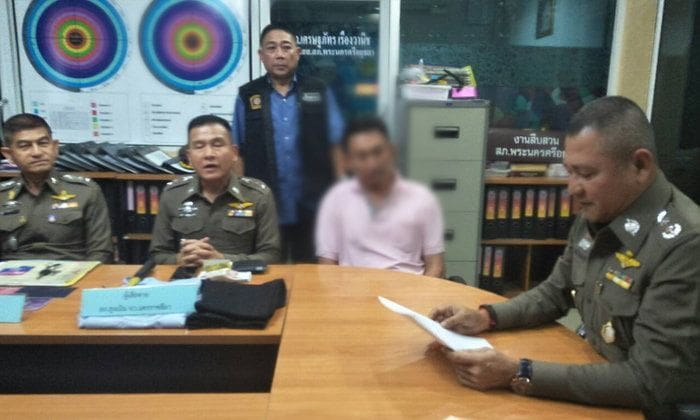 “It’s always foreigners who are responsible,” says a leading chief of provincial police .

Region One chief Pol Gen Amphon Buarapporn made the outrageous statement claiming he had never seen a case Thais ripping off fellow Thais.

Sanook quoted the commander as he was commenting about a case against a 53 year old Chonburi man who met wealthy Thai widows on Facebook and conned them out of money through blackmail.

53 year old Erawan is assisting police with their inquiries after he was arrested in Uthai district of Ayutthaya.

A 58 year old woman, called Sanong, from Nakorn Ratchasima, was reported missing by her son. Some 150,000 baht had also been withdrawn from her account.

It emerged that Erawan met Sanong on Facebook and arranged to take her to a hotel in Saraburi. She was later hit with a hammer and abandoned in Samut Sakhon. Money was removed from her account at an ATM.

Sanook said that evidence indicated that Erawan preyed on wealthy widows and former public servants of good financial means who he met on various platforms on Facebook and dating sites.

They said that the Thai tricked the women then filmed them having sex with him for the purposes of blackmailing them. His many victims would not dare go to the authorities for fear of the shame.

It was during his explanation of the events of the case where Region One chief General Amphon said that he had never heard of a case where a Thai had conned a Thai – it was always foreigners who did the ripping off in his experience.

It was not sure whether he was referring to just romance scams and related criminal activities on the internet or crime in general.