A female baby elephant, less than a month old, has been found alone, with a rotten, worm-filled leg caused by a metal trap.

The Nation reports that she was found by villagers in Khao Hoi Hua, Moo 8, Amphoe Khao Chamao, Rayong Province who alerted forest rangers from the Khao Ang Rue Nai Wildlife Sanctuary and took her on the sidecar of their motorcycle.

The little elephant was emancipated from lack of food and milk as her herd had left her behind for many days before she got free from the trap.

Villagers speculate the she may have also encountered a pack of wild dogs and fled to a rubber plantation before meeting with the villagers.

“The wire cut into the front left leg. The wound was rotten and worms were seen squirming,” said veterinarian Nattanon Panpetch.

They cleaned her infected wounds and gave her antibiotics. They planned to also conduct a bone x-ray and blood tests and examine her wounds to see if they needed to amputate her infected foot.

The elephant is now staying in the sanctuary for treatment and rehabilitation. According to Wildlife Alliance, snaring is a problem in many forests across the region, especially in Vietnam and Laos.

It is also found on the rise in Cambodia, Myanmar, Indonesia, and Thailand. The traps are set up to catch smaller animals like boars and deer but can also catch medium-to-large animals and strip the forest of its biodiversity. 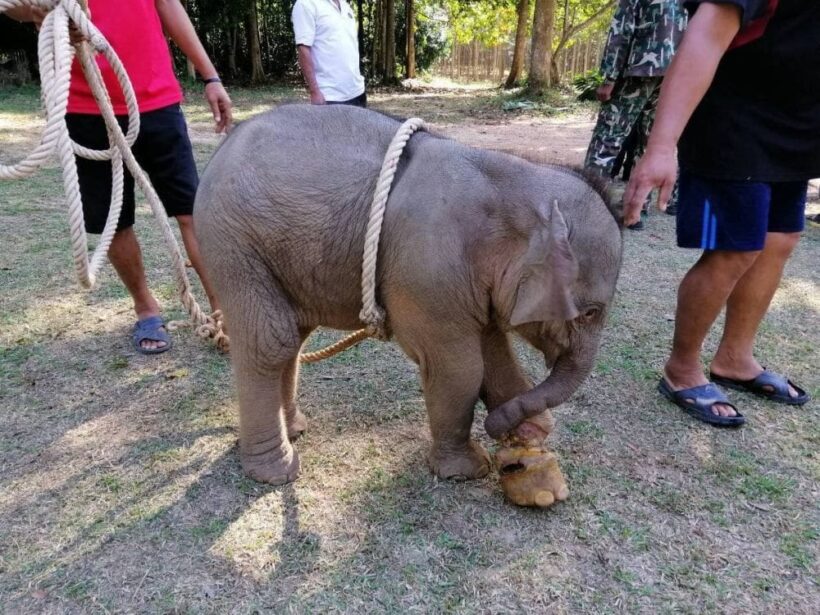 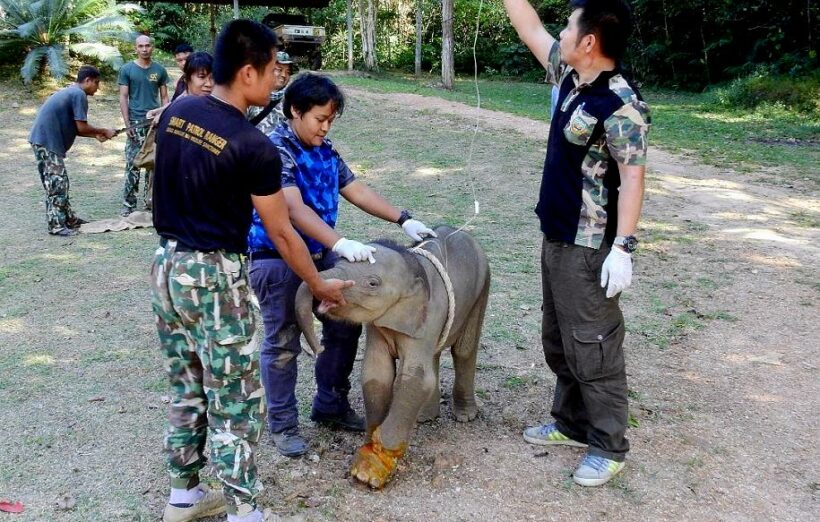