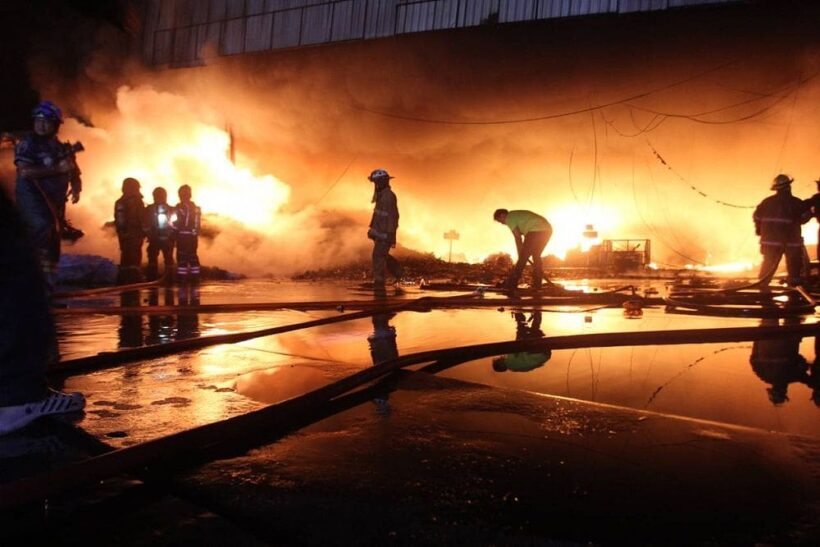 Residents from a next door four-storey apartment building have been evacuated as a result of a huge recycling factory fire in Bangkok.

No one was injured in the major blaze which took fire-fighters more than three hours to get under control.

Damage, including to several rooms in the apartment building, has been valued at more than 20 million baht.

“We still don’t know how the fire started.”

The plant was cordoned off amid concerns it could collapse. The plant’s security guard, Chainarong Utaikan, told police that a worker eating at a food shop in front of the plant noticed the fire at about midnight and alerted him.

That was immediately followed by an explosion. He saw flames in the section of the plant where scrap paper and plastic were stored. He called the police and more than 30 fire trucks soon appeared on the scene, though the narrowness of the soi barred access to some of the trucks.

Fire-fighters also had to battle with the amounts of scrap piled up, delaying efforts to extinguish the blaze. 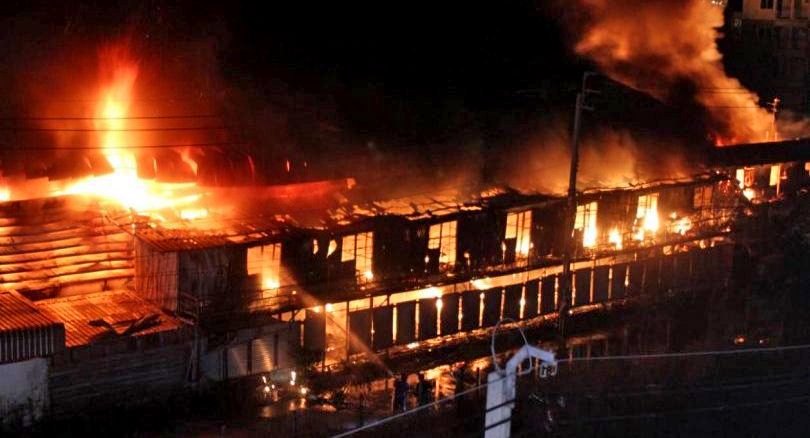