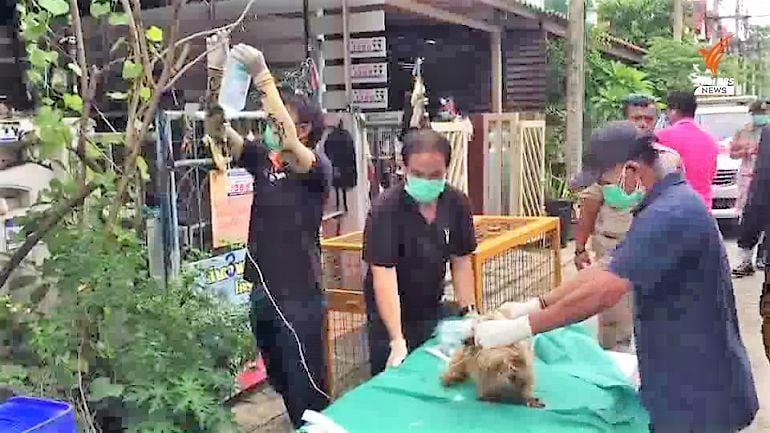 Thai PBS World reports that four dogs have been rescued from a house in Nonthaburi province, just north of Bangkok, after being found locked in a cage with no access to food or water.

Officials from the Health and Livestock Development department went to the house with the owner, after neighbours complained of a very strong smell coming from the property.

The owner claims he and his wife had both been in hospital since August 9, following a road accident, and that he had asked a family member to look after the dogs.

The surviving four dogs, who are severely emaciated, were provided with emergency first-aid, before being transported to a vet clinic for ongoing treatment.

Central Village developer vows to plough ahead with Suvarnabhumi opening