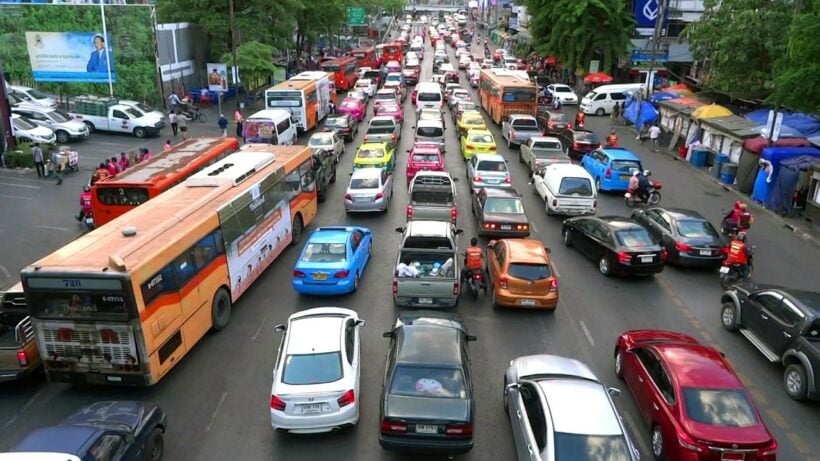 “The government can’t deny the responsibility of easing traffic problems.”

He was speaking during a visit to the Traffic Police Division’s integrated traffic control centre. During the visit, General Prayut said that from now on all police stations in Bangkok will have to follow instructions from the traffic-control centre, in a move to ease traffic problems around the capital.

He said technology could be adopted to get real-time traffic data for the city’s entire network of roads, rails and waterways. Using up-to-date technology would provide better and more accurate traffic updates compared to just humans watching monitors.

He also suggested that help should be sought from university researchers about the use of technology in analysing traffic conditions and easing traffic flow. The PM said this effort to ease traffic congestion should yield a positive result within three months and has threatened to take disciplinary action against any police station found to have been negligent.

He said all related state agencies should work together closely and seriously, in a united manner, to help ease the traffic problem. He cited the Metropolitan Police, Expressway and Rapid Transit Authority, State Railway of Thailand |and Bangkok Mass Transit Authority, among others.

Prayut has also instructed national police chief, General Chaktip Chaijinda, to ensure that motorcades of his Cabinet members do not affect the already congested traffic. His instruction came after Bangkok commuters complained about frequent motorcades led by police motorcycles during rush hour.

Also yesterday, the PM and his entourage rode the Skytrain from National Stadium station to Bang Wa, on the Thon Buri side of the city. Telling reporters that this was his first commuter-train ride in 10 years, the premier also took time to talk to some passengers, including foreign tourists.

At Bang Wa station, the PM was briefed by Bangkok Governor Aswin Kwanmuang and other Bangkok Metropolitan Administration (BMA) executives about the expanding network of “wheels, rails and boats” for commuters.

So mark November 16 in your calendar as the day when Bangkok’s traffic woes will be over, just in time for the high season.