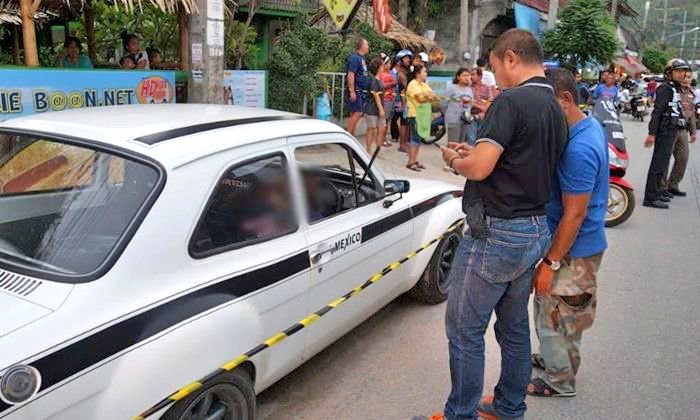 Police are investigating a Norwegian tourist found dead inside his car on Samui last Monday.

A doctor says he had died about one or two hours before he was found. Police say the body showed no signs of violence.

A bakery shop worker said the tourist often dropped in to the store to enjoy baked goods and a drink. After the tourist arrived at about 4.30pm, he remained in his car with the windows shut.

The worker wondered why the tourist had not left his car after more than an hour and so knocked on the window when he discovered the man was dead.

The worker says he knew the tourist well because he was a months-long yearly visitor to Koh Samui.

He says the tourist arrived with a friend three weeks ago but the friend had left.

The body was sent for a post-mortem at Surat Thani Hospital.