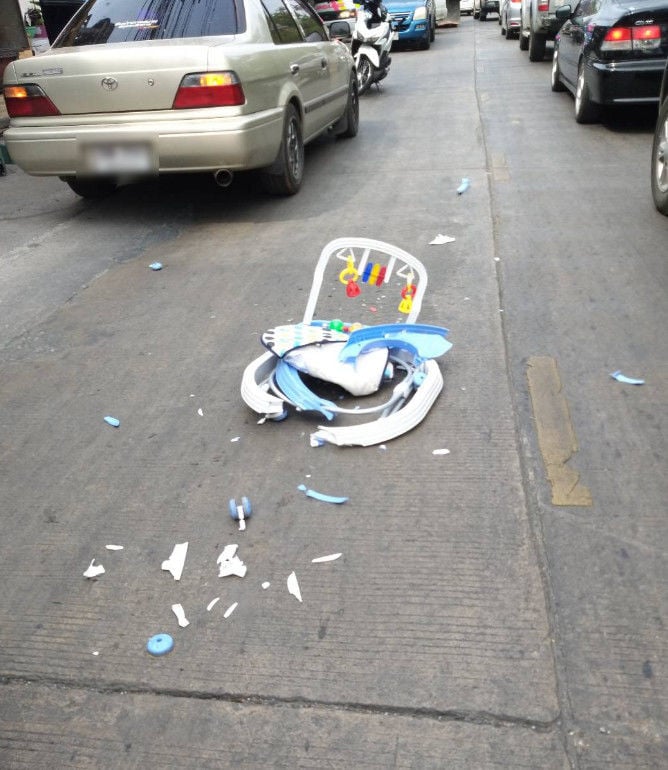 An eight month old baby, who was in a ‘baby walker’, has died after being crushed by a truck in front of the parent’s house in Samut Prakan, just south of Bangkok yesterday.

Police and rescue workers arrived to find the damaged baby walker laying on the road. Nearby they found a sobbing 30 years old woman Wilawan Pitpan. She was cradling the body of her eight month old son Nontawat Saingam. His head has been critically injured in the incident. 61 year old Sanan Sopapong, the truck driver, was waiting for police at the scene.

Ms Wilaiwan told police that her son was in the baby walker inside the fence of their house where she was looking after him. She said she was distracted by a phone call for a moment when the baby walker slid and hit the gate and pushed it open. Her son, and the baby walker, rolled out onto the road into the path of the oncoming truck.