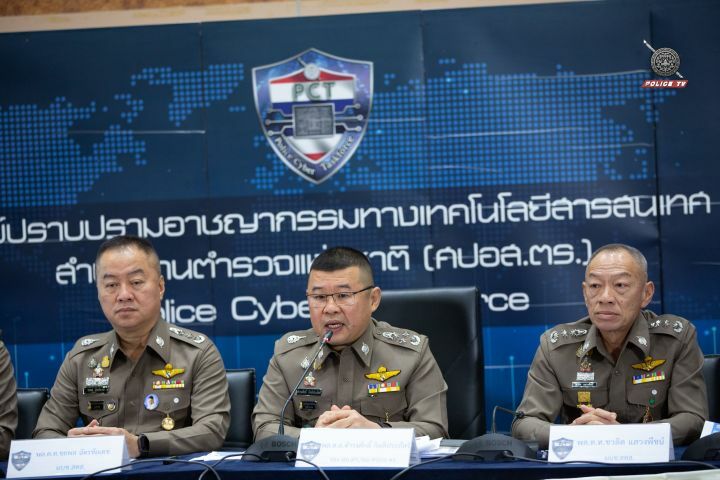 The Thai Police Cyber Taskforce raided a Nonthaburi luxury house yesterday, where they believe 10 suspects helped facilitate gambling activities. The suspects allegedly used the house as a base for four gambling websites, which made 20 million baht. The taskforce found that the house was connected to 16 other locations in Bangkok that police had raided earlier on the same day. The network reportedly also has bases in Songkhla and Chiang Mai.

Police said the house had been rented for 10 days. The network allegedly operated four of their websites from the house, with more than 200,000 people registered and a turnover of more than 200 million baht. The deputy commissioner-general of Royal Thai Police said the gamblers contacted each other via video call to warn each other about police raids.

Five of the 10 suspects are men, and the other five are women. They reportedly lived on the second floor of the house. The luxury house is located in Bang Kruai district. The Pattaya News reports that a “concerned citizen” tipped off the police about the gambling.

In the past few months, there have been numerous gambling raids in areas around Bangkok. Earlier this month, police arrested four South Korean men and a Thai woman in Samut Prakan who allegedly swindled more than 100 million baht from Korean victims. In February, police arrested 42 people for gambling from an unregistered house in Pathum Thani, as well as a house in Samut Prakan. Five Samut Prakan police were also demoted in February for allegedly turning a blind eye to gambling operations.

DoUKnowWhoIAm
I wonder why they would ruin such a successful business 🤔