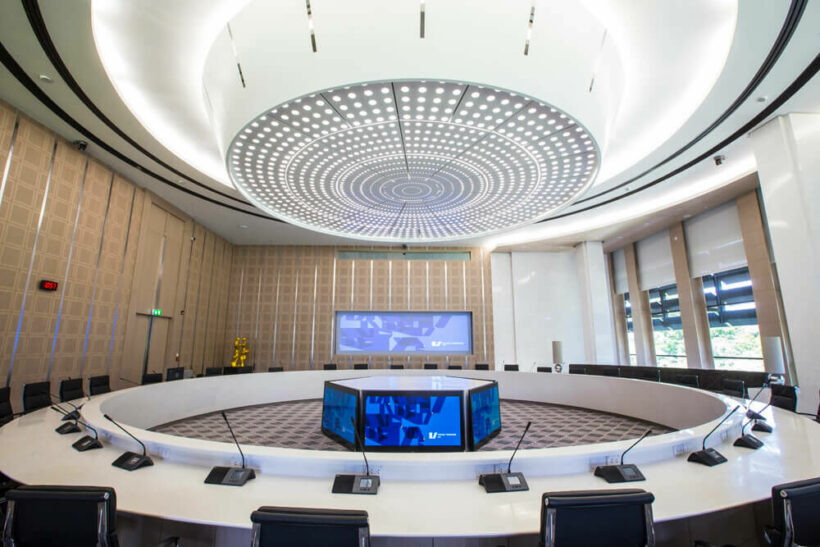 The Bank of Thailand’s rate-setting committee with meet today to discuss a possible revision of key economic figures such as interest rates and GDP, as the country battles an economic climate that has soured high hopes for the year. Various factors include a weakened baht, rising inflation and the impact of the war in Ukraine, which has resulted in spiking energy, food and steel prices, among others.

The Finance Ministry began the year with an average economic growth projection of 4%, based an improvement in the global pandemic situation resulting in increased domestic spending. They also predicted private consumption to increase by 4.5%, as well as a tourism revival, spurred by the arrival of some 7 million foreign tourists. Meanwhile, exports were expected to grow 3.6%, considering the increase in global demand.

Suffice it to say that things haven’t exactly gone according to plan. Since Russia invaded Ukraine last month, energy and food prices and surged. This spike has affected the supply chain and increased the cost of living in Thailand, while salaries have remained the same. Practically speaking, everyone has less buying power now than they did a month ago, unless their incomes increased.

Krungthai Bank markets strategist Poon Panichpibool told the Bangkok Post that Thailand’s general economic outlook for February was “positive” as the tourism sector seemed to be recovering, despite the Omicron variant making waves in the country. But it didn’t stay that way…

“Then the Ukraine-Russia war erupted and the markets quickly entered a risk-off territory, with investors preferring to hold safe currencies like the US dollar. The baht felt pressure from the dollar’s appreciation.”

Notably, the country’s inflation rate reached a 13-year high of 5.3 % in February. That figure was literally off the charts of the central bank’s target headline inflation range of just 1-3% for 2022. Meanwhile, they maintained their record-low key interest rate of .50% last month. According to the bank, the goal was to “maintain support for a fragile economic recovery amid efforts to revive the battered tourism sector and rising inflation,” the Bangkok Post reported, as these were the factors that caused inflation to surpass their target range last month.

JJJ
The Ukraine war — what a convenient excuse for low tourist numbers. The fact is tourist numbers aren’t anywhere close to the predictions at the moment and has nothing to do with Ukraine. Gee, if only the government could do…

DoUKnowWhoIAm
15 minutes ago, Thaiger said: country battles an economic climate I know it's impossible to manipulate the baht😂, but I think they should try very hard now (but the other way, weaken it to stimulate the economy)