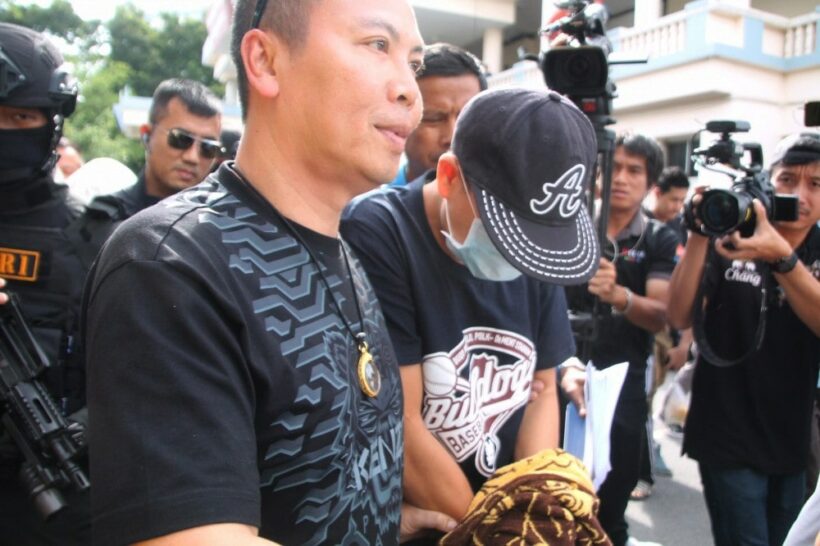 A married couple, who reportedly used their pet dog as a distraction while befriending victims and pocketing valuables while they weren’t looking, have been arrested.

Metropolitan Police Chief Pol Lt Gen Chanthep Sesawet also instructed city police to find out if there had been any more similar thefts committed in a similar manner in the capital, especially in the Sai Mai district, where the couple were arrested at their rented house in Soi Paholyothin 52.

It was initially found that 10 similar thefts had recently occurred in Bangkok, so officers are currently investigating to see if the same suspects were involved and if the victims wanted to file complaints against them, Chanthep said.Police found that 42 year old Apichat Boonreung and his wife, 38 year old Usa Ketmanee (formerly known as Thiyata Boonreung), were accused of stealing valuables worth at least 20 million baht from at least 52 people over the past 15 years.

The thefts were committed in various areas, including those under the Metropolitan Police Bureau, the Provincial Police Region 1, 2 and 7.

On August 7 the couple, as per their modus operandi, went out smartly dressed, driving a brand new car and took along a pet dog to run around as a distraction. They then showed up to post an order for a large amount of farm tools at a shop in Pathum Thani’s Muang district, according to Provincial Police Region 1 chief Pol Lt-General Suwat Chaengyodsuk.

They chatted up with the 50 year old female shop owner before stealthily stealing her gold ornaments worth over 370,000 baht plus another 30,000 baht cash. The police investigation earlier this week tracked down the alleged culprits to the couple’s luxury home in Nonthaburi’s Pak Kred district where they seized three cars, a pistol, 55 cell phones, 10 credit/ATM electronic cards, 20 wristwatches, 55 brand-name bags, 18 ID cards/driver’s licences (of the victims), 18 pawn-shop tickets as well as over 100 items of jewellery.

The couple had already fled before police arrived but left behind their two daughters – who have been passed on to the Pak Kred Home pending a transfer to their grandparents’ care. Usa also said that she now was worried about her children’s safety as they might be harmed by grudge-holding victims.

The case also received a lot of attention from Thai social media users because the “Yak Dung Diew Jadhai” – it means “granting your wish to be notoriously famous” – Facebook fan page (facebook.com/1192999914172480/) posted pictures taken from the couple’s Facebook pages to show their luxurious lifestyle. 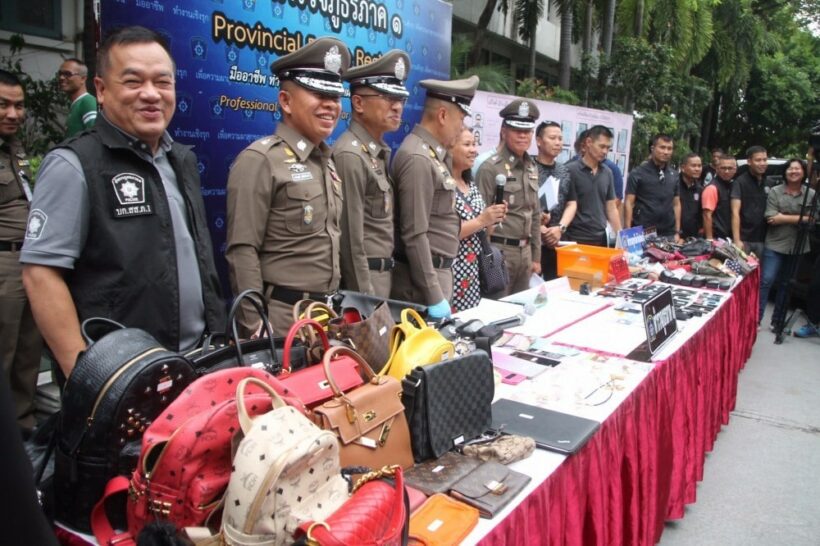 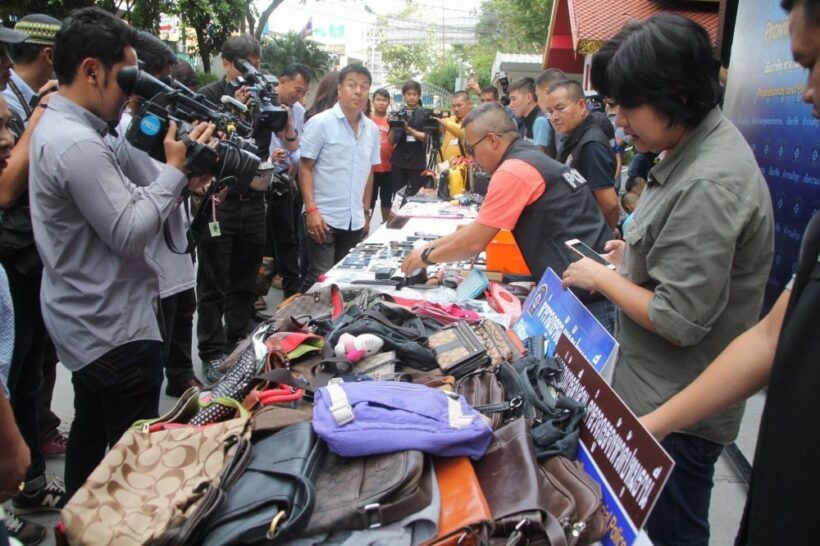