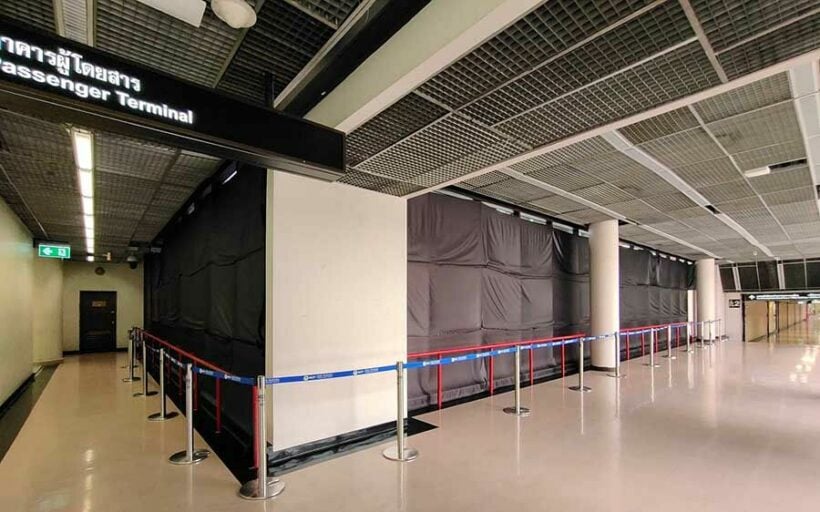 Thailand’s Transport Ministry has given an initial estimate of 20 million baht to repair the damaged passenger hall at Bangkok’s Don Mueang airport. The area sustained severe damage when a violent storm earlier this week caused the partial collapse of its roof and walls.

Transport ministry spokesman Pisak Jitviriyavasin has stressed that the 20-million-baht figure is only an initial estimate, according to a Bangkok Post report. The figure was arrived at following a preliminary investigation of the damage.

Monday’s storm brought with it fierce winds and torrential rainfall, which the building’s guttering was unable to support, leading to the roof and some walls partially collapsing. It’s understood the core structure of the building has not been affected. The passenger hall was empty at the time, with its opening delayed by the Covid-19 pandemic. As a result, no injuries were reported.

The facility was constructed to provide additional space for tour group passengers and alleviate pressure on the main terminal. Construction was completed in June 2020 at a cost of over 207 million baht.

AdvocatusDiaboli
2 hours ago, Thaiger said: Thailand’s Transport Ministry has given an initial estimate of 20 million baht to repair the damaged passenger hall at Bangkok’s Don Mueang airport. That is the cost of all the replacement brown envelopes required to…