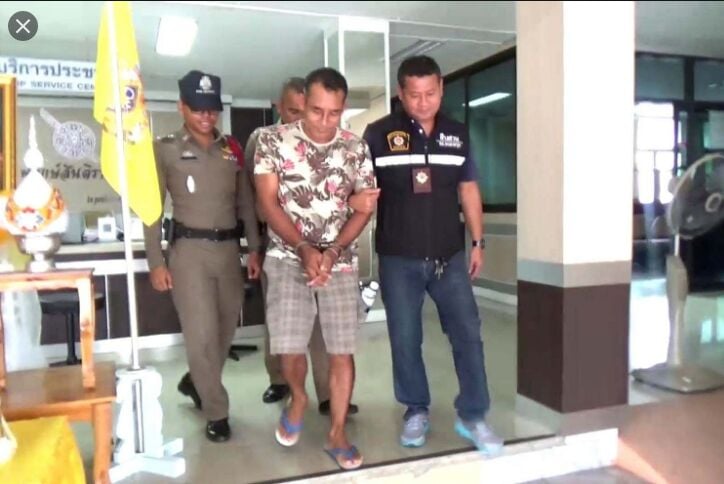 A Thai man has been sentenced to death over the murder of a high school student in Trang province, southern Thailand, in 2018. The man shot and killed a 16 year old boy and shot and wounded another man who was the only witness to the murder. The victims’ families are satisfied with the Supreme Court’s ruling after fighting for justice for four years.

Yesterday, Trang Provincial Court read the Supreme Court’s final verdict on 52 year old Teerayut Somsu’s sentence. Teerayut was charged with the murder of 16 year old Teerawat “New” Boonchana, who he shot dead in Mueang Trang District on December 2 2018. Teerayut was also charged with the attempted murder of 42 year old Ratchapon Khluenchit, the only witness to Teerawat’s murder. Teerayut shot and wounded Ratchaporn, who managed to escape and recover.

Ratchaporn, who is now ordained as a Buddhist monk, attended the court’s reading yesterday. Ratchaporn was shot in his left arm, which he can still barely lift up or use nearly 4 years later.

In June 2019, no progress had been made with the case and Teerawat’s murderer was still at large. On June 6 2019, Teerawat’s parents travelled to Bangkok to request the help of an influential police officer, Lt. Cl. Srivara Rangsiprahmanakul, who arrested Teerayut within seven days of working on the case, on June 13, 2019.

The defendant denied all allegations throughout the case, according to lawyer Thitakarn Panlek.