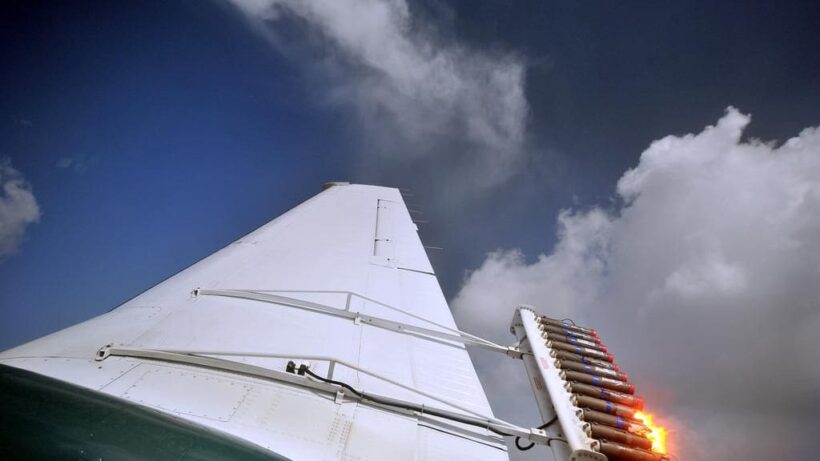 In an effort to tackle the serious air pollution problem in Bangkok, the Department of Royal Rainmaking and Agricultural Aviation plans to deploy rainmaking planes to seed clouds and create ‘fake’ rain (it’s actually real rain but induced artificially).

“Cloud seeding is a type of weather modification that aims to change the amount or type of precipitation that falls from clouds by dispersing substances into the air that serve as cloud condensation or ice nuclei, which alter the micro-physical processes within the cloud. The usual intent is to increase precipitation (rain or snow), but hail and fog suppression are also widely practiced in airports where harsh weather conditions are experienced.” – Wikipedia

Planned to begin today (Tuesday), the cloud seeding plan will either be successful or not, depending on wind and humidity levels in the skies around the capital.

Bangkok residents woke up this morning to another smog filled day yesterday, with Greenpeace announcing that the big mango rivals some cities in China, and was now the 9th most polluted city in the world. Today the pollution levels have improved due to some overnight rain.

Experts say pollutants from factories, burning of fields by farmers outside the city and traffic-strewn road were reasons behind the persistent smog.

Visibility is limited to one kilometer in some area.