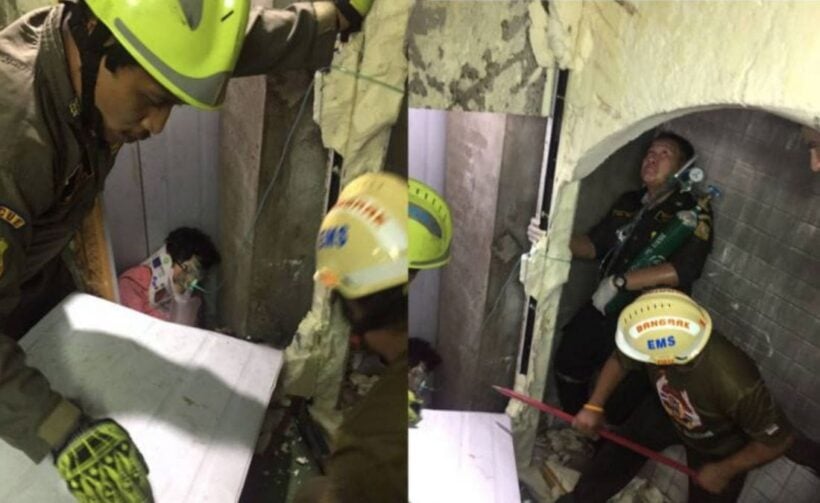 A 76 year old Canadian woman, missing since last Thursday in Bangkok, ended up spending 12 hours trapped in an air conditioning shaft at a luxury Silom hotel before she was finally found and rescued.

Daily News reports that 76 year old Siona Aloni, who suffers from Alzheimers, went missing from her room at the hotel on Thursday night after checking in with her husband 81 year old Jacob Aloni.

Bang Rak police and emergency responders examined CCTV footage which revealed that the old lady had fallen three metres down an air-conditioning duct that was under repair in a dark area of the hotel.

Initially a rope was lowered to bring her up but rescuers soon realised they would have to knock a hole through the wall to help her breathe and allow rescuers to get to her.

Following the three hour operation she was eventually pulled out of the shaft and taken to the nearby Chulalongkorn Hospital.