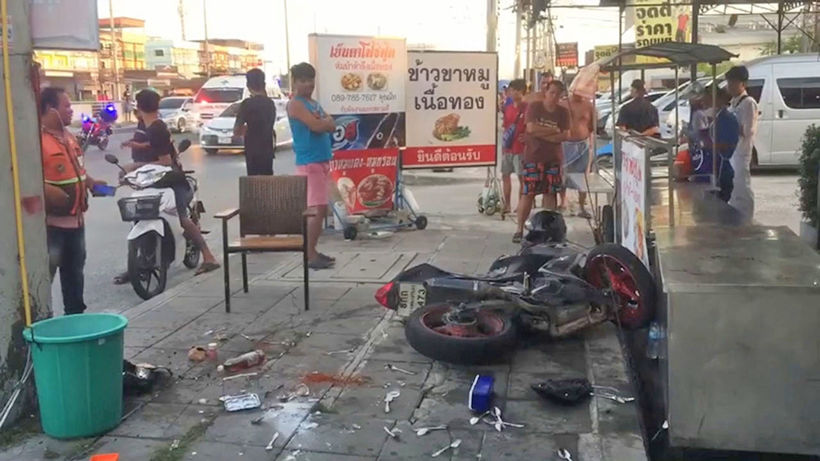 A Burmese pedestrian was seriously injured yesterday evening when he was hit by a motorbike in the Bang Plee district of Samut Prakan, just south of Bangkok. The 300cc Kawasaki crashed into tables at a pork leg restaurant on a footpath before stopping in front of a sign. Police, rescue staff from the Poh Teck Tung Foundation and medics went to the scene and found a 24 year old man, identified only as “Hai”, unconscious with a head wound in the middle of the road.

The rider of the motorcycle that 77kaoded called a “big bike” (not technically accurate according to a new licencing requirement) was 29 year old “Wira” who suffered road rash and other injuries.

He appeared to have been wearing a helmet, which was pictured on his bike after he and the pedestrian were taken to hospital.

A motorcycle taxi driver told reporters that every evening, foreign workers cross the road to get to the market, and the victim was one of these. He said the man had been “somersaulted” into the air by the impact. Police hope CCTV will help their investigation. 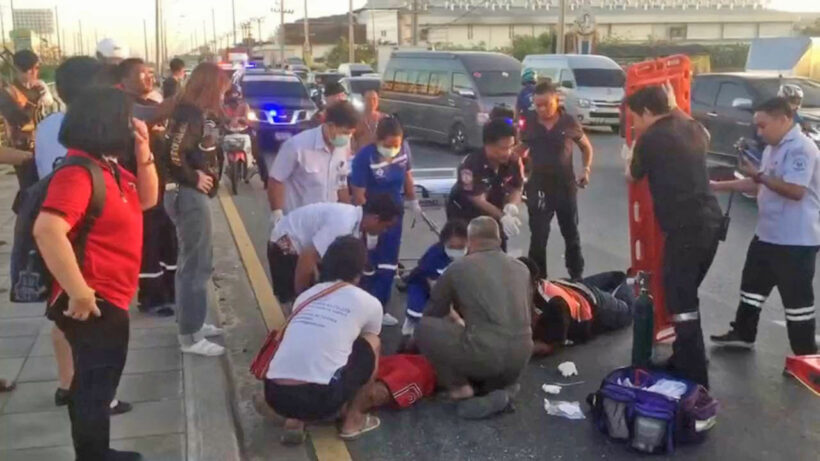 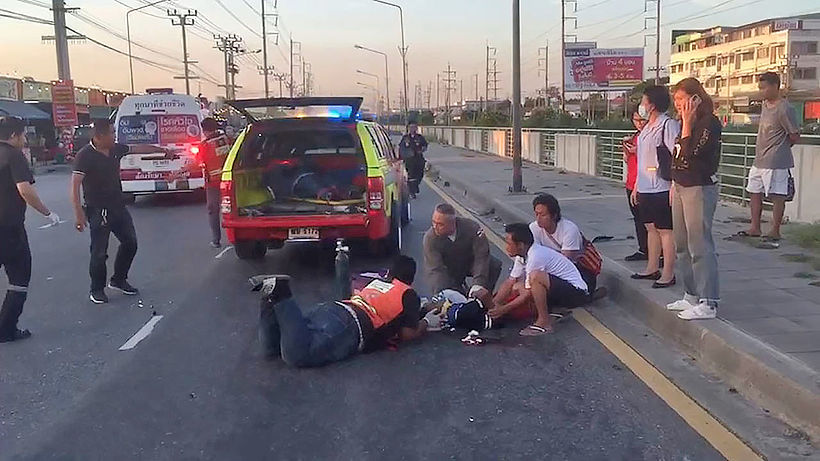 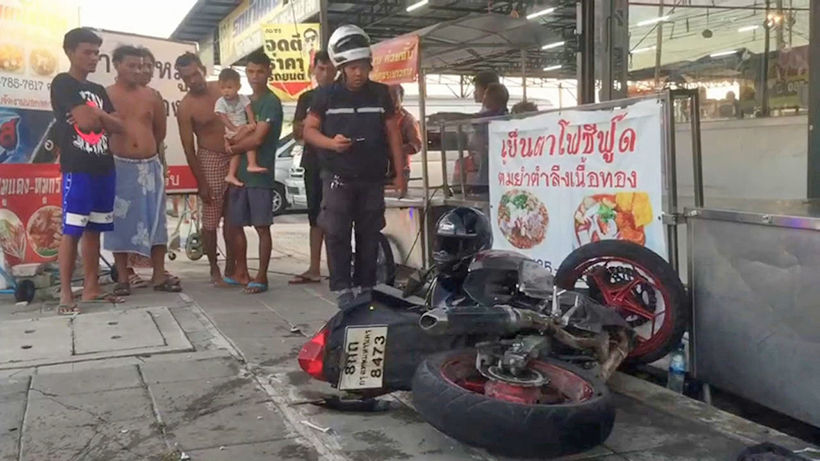 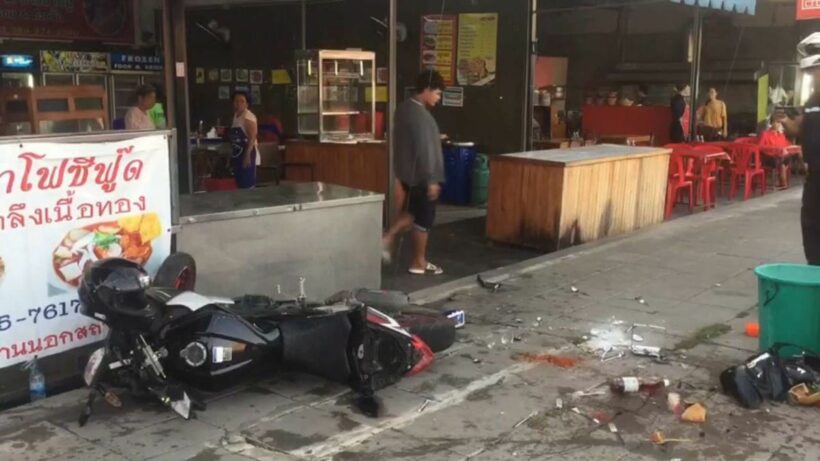 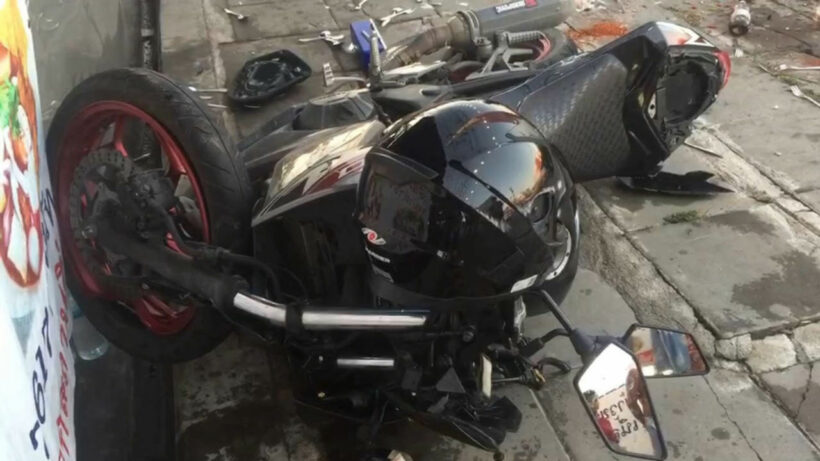