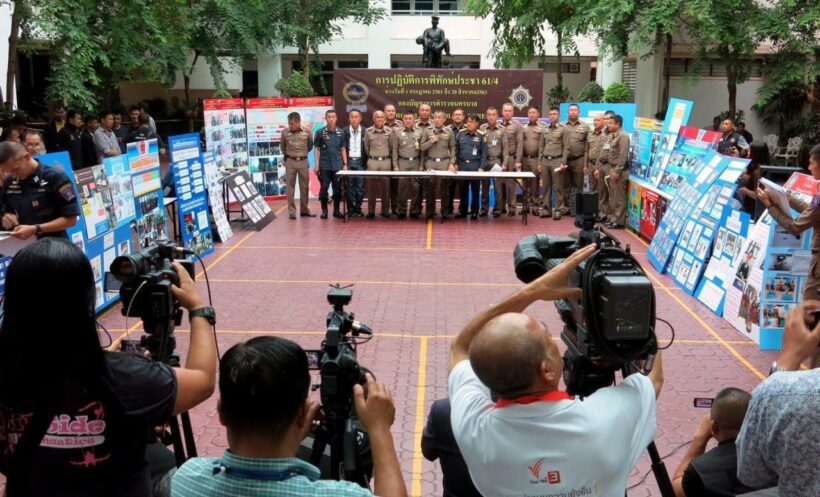 The Metropolitan Police Bureau are crowing about their ‘protection operations’ during the past two months have resulted in the arrest of many suspects and huge drug seizures.

Pol Maj Gen Ruchakorn Jornjewut, deputy commissioner of the bureau, held a press conference on the “Protecting People” operations from July 1 to August 30.

He said the operations saw 6,392 alleged drug abusers and traffickers arrested and 13.419 million methamphetamine pills, 188kg of crystal methamphetamine or “ice”, 326kg of marijuana and 203kg of kratom leaves seized.

He said police also managed to freeze assets worth 19.18 million baht from drug suspects during the period.