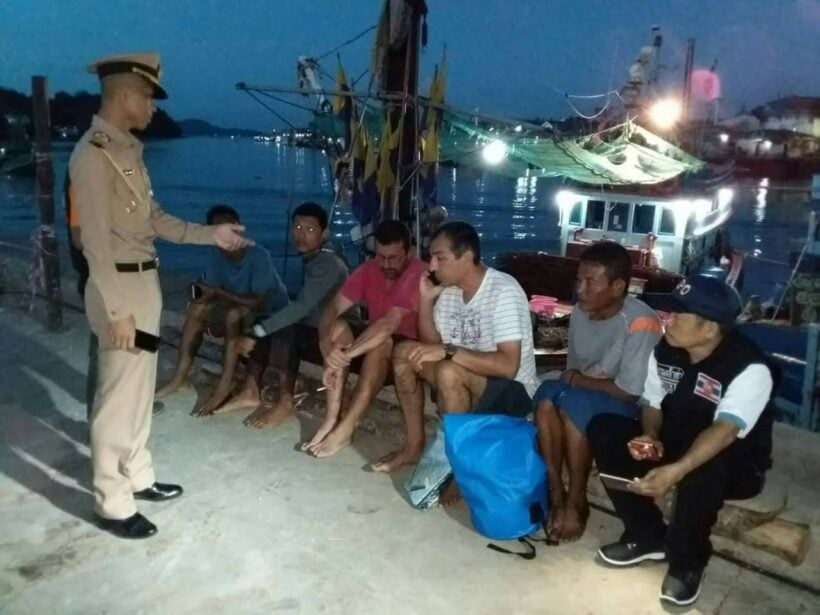 Five boat crews on a British yacht have been rescued by Thai fishing boat after caught fire off Panwa Cape yesterday (August 30).

The Royal Thai Navy Third Area Command (NAC 3) officers were notified from Sanit Woranut who was on the British national yacht Philkade which caught fire at 9pm yesterday (August 30) south-east of Cape Panwa.

The Royal Thai Navy reported that the yacht was travelling from Phuket to Lankawi in Malaysia. After the yacht departed off from Cape Panwa, electricity on the yacht failed. It was then that the main engine of the yacht caught fire rapidly.

A Thai fishing boat Chock Kanjana 16 was in the same vicinity. They rescued the five boat crew from Philkade. Three of the crew were Thai, two are French. None of them were injured.

They arrived at Rassada Pier at 5.45am this morning (August 31).