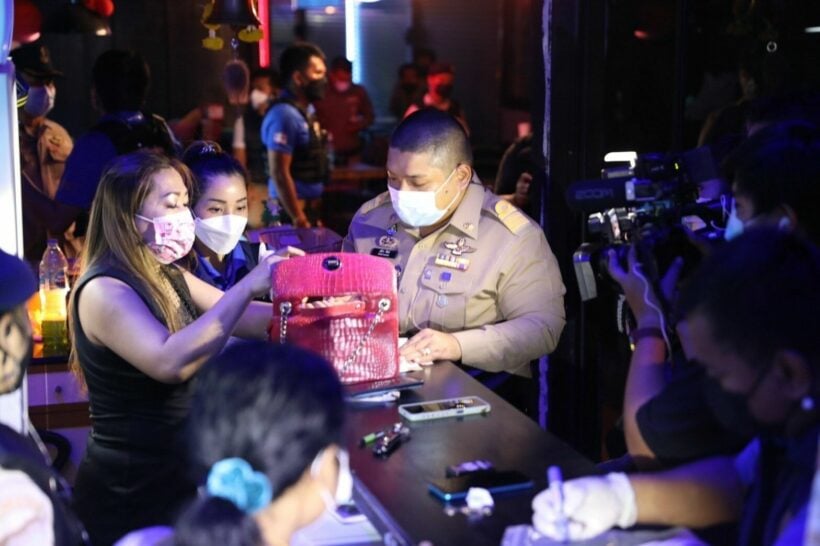 Police raided a bar in Bangkok’s Nana area and found that at least three teenage girls were offering sexual services. Two are 15 years old, another is 14. A woman at the bar was arrested on child sex trafficking charges.

Officers raided 789 Bar on Sukhumvit Soi 7 in the Nana area, a redlight district is known for its go-go bars catering mostly to foreign men. Other bars reportedly open in the area promptly closed when the police showed up. Officers say they found that the girls could be taken out of the 789 Bar to provide sexual services.

The Dhamrongdham Centre, operated under the Ministry of Interior, recently received a complaint from the Operation Underground Railroad, also known as O.U.R., that girls under 18 years old were brought to the bar to offer sex service.

Police say they discovered that an agent, identified as a woman named Ratchada, hired underage girls to work at the bar. They were responsible for taking care of both Thai and foreign customers, entertaining, and advertising products in the bar. If any customers were interested in the girls, they could pay the bar to bring them out for sex.

The alleged agent was charged with human trafficking, sex trafficking, encouraging children to commit crimes, and opening a bar without permission. The teenage girls were taken away by authorities and will be supported accordingly.

The Director of Governing Officer’s Law Enforcement Operation Centre, Narong Thipsiri, shared with Thai media that child sex trafficking with women aged under 18 years old is unacceptable and that a case like this damages Thailand’s image. He also added that sexual services have been offered through online channels due to bar closures during the pandemic. Now that some venues are opening back up, sexual services are being offered illegally at some bars.

Guest1
9 hours ago, Grumpish said: he minimum age to work in Thailand in any bar, or restaurant serving alcohol, is 18 Isn't that, at least in a bar, 20?
Fanta
15 hours ago, AdvocatusDiaboli said: So there is some poor reporting here. Question to ask the reporter, how in a police raid do the Thai police know that the underage girls were offering sexual services …. It would have been…

Cabra
23 minutes ago, WithoutAname said: It's the army controlling the police in this case. And it's the Lumphini district only affecting Soi 4 / Soi 11 also. So everybody is suffering like a domino effect because of this... In this…