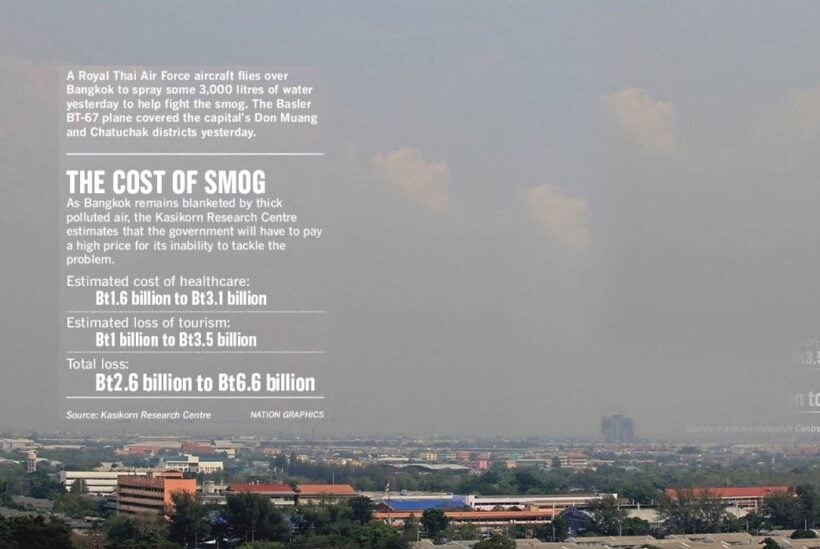 Bangkok’s air pollution problems will take a hefty toll on the Thai economy unless authorities can effectively clear the city’s air and find some long-term solutions to smog.

A Kasikorn Research Centre analysis says the smog could cost Thailand 6.6 billion baht in losses for the healthcare and tourism sectors due to the impact of air pollution.

The analysis says the healthcare and tourism sectors would be affected the most from the smog, as people face serious risks to their health from the excessively high PM2.5 levels, while the pollution and smog in the city were driving tourists away from Bangkok, hitting the tourism industry.

According to the statistics on air pollution-related sicknesses, cited in the Kasikorn Research Centre analysis, it was found that the harmful PM2.5 level had already increased the number of patients with respiratory diseases in the capital. It is estimated that at least 2.4 million people out of 11 million citizens in Bangkok now suffer from allergies and respiratory diseases.

Meanwhile, it was also found that many tourists were leaving the capital for other destinations to avoid the harmful air quality in Bangkok.

The analysis warned that unless authorities come up with mitigation measures to relieve the air pollution problem soon, a large number of tourists may cancel their trips to Thailand, inflicting losses to the tourism industry estimated at up to 3.5 billion baht. 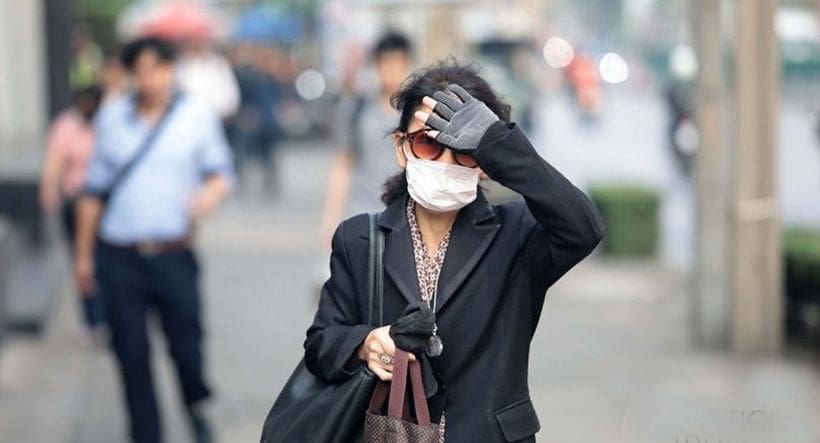