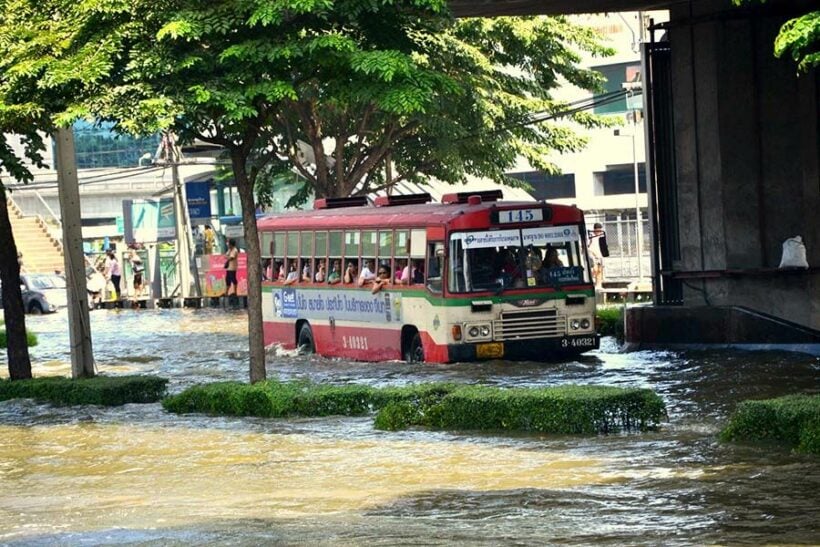 The Meteorological Department has warned of the risk of flooding in Bangkok as a result of torrential rainfall forecast for this week. The capital has been experiencing wet weather for 3 weeks in a row now, meaning the water level in eastern Bangkok canals is already high. Bangkok governor, Aswin Kwanmuang, says water pumps need to be deployed to drain the canals, and rubbish and weeds need to be removed to improve drainage.

The Bangkok Post reports that extra water pumps have been fitted in areas prone to flooding and the capital’s flood response centre is now operational 24 hours a day to ensure a swift response in the event of flooding. According to the report, there were some incidents of flooding reported in the capital last night.

An active low-pressure area in the South China Sea is now accelerating and expected to become a tropical cyclone as it approaches the coast of Vietnam, according to the Meteorological Department. Heavy rain is forecast for all parts of Thailand from today until Friday. The department says coastal areas could see waves as high as 2 metres during thundershowers, as a result of a monsoon trough in the lower North, Central Plains, and the East, as well as the southwest monsoon in the Andaman Sea and Gulf of Thailand regions.

HolyCowCm
Article Quote: An active low-pressure area in the South China Sea is now accelerating and expected to become a tropical cyclone as it approaches the coast of Vietnam, according to the Meteorological Department. Heavy rain is forecast for all parts of…