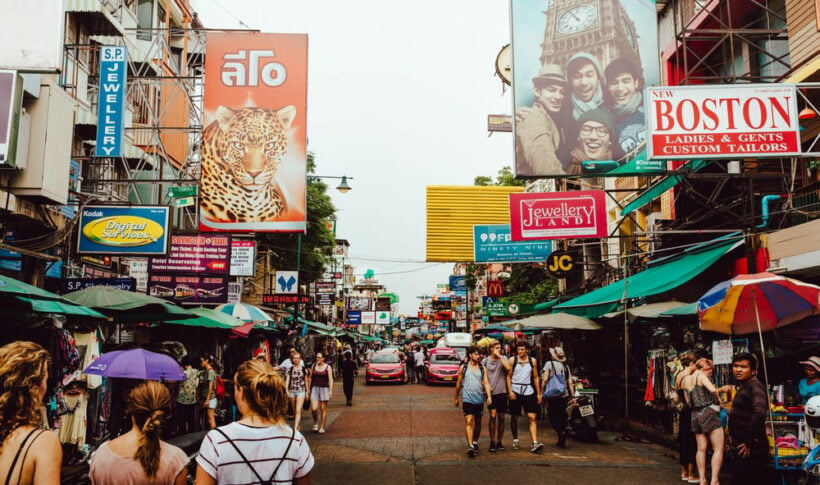 Walking streets are the new rage in Bangkok.

The Bangkok Metropolitan Administration is planning three temporary walking streets in Bangkok as a trial and to stimulate tourism in the areas.

The locations are Silom, Yaowaraj and Khao San roads. The projects will start on Sunday, December 13.

Deputy Bangkok Governor Sakonthee Patthiyakul says that Silom, from Sala Daeng intersection to Nararom junction, will be closed to all vehicles from noon to 10pm, starting on December 15. The closure will then come back every third Sunday of the month until next May.

The Khao San road walking street will be held on Monday December 16 with Tanao and Sibsam Hang roads to be closed as well.

Activities, such as concerts, will be held on Silom and Yaowaraj roads, with additional cultural activities, such as Khon mask dance performances and Talung shadow play planned for Khao San, a favourite are for international backpackers.

The next walking street will be in Khlong Bang Luang in Phasi Charoen district, on the opposite side of the Chao Phraya River, with an emphasis on showcasing the area’s cultural richness and temples. Six events are planned during weekends, starting from January 18. To facilitate travel to the area, shuttle boat services will be increased.

Kadeechine in Khlong San and Thon Buri districts are also earmarked for cultural and street food festivals, to be held every three months, tentatively starting in January.