A fire at a two-storey apartment building in the Khlong San district of Bangkok, has led to the evacuation of at least 76 households. The families were given shelter at local temples, according to a Facebook post from Phongsakorn Kwanmuang, spokesman for the Bangkok Metropolitan Administration. He adds that locals in the area have rallied round, providing sleeping bags and blankets, along with other necessities. 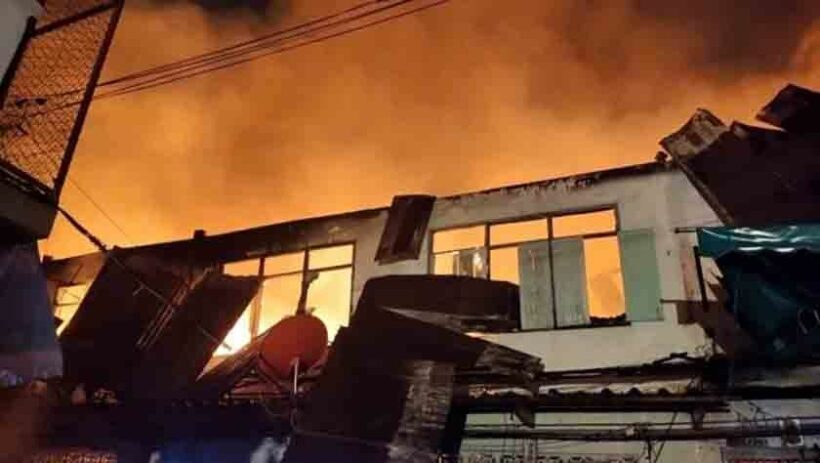 A report in Nation Thailand says officials were alerted to the fire at approximately 8.00pm last night, with firefighters, police, and rescue workers immediately dispatched to the scene. The location of the building, down a narrow soi with no access to a nearby water source, hampered efforts to extinguish the fire quickly.

It took firefighters nearly 2 hours, using 10 fire hoses, to bring the blaze under control. The apartment block of 50 units was destroyed, as were 4 buildings nearby. It’s understood at least 3 rescue workers sustained injuries as masonry fell on them while they were attempting to help those who had been evacuated.

Police have launched an investigation to establish the cause of the fire.