A 51 year old French citizen, reportedly working as a French teacher in Singapore, has been arrested in Bangkok, Thailand for allegedly buying sex with teenage boys.

The suspect is Quenot Jean-Christophe Marie Georges. He was arrested on February 4 at a hotel room in Soi Inthamara 47, Bangkok.

He allegedly picked up boys aged 13-15 at the Huay Kwang Stadium to have sex with him. A father complained that his teenage son had gone missing and police say they traced him to the foreigner’s hotel.

The suspect was allegedly caught with two boys aged 14. Neither were not the missing teenager.

Officers said they found a tripod in the room and a computer with pornographic movies for the boys to watch with him.

Police said they found a video of the suspect having sex with a teenager. Two boys reportedly told police they were invited on Facebook by the suspect to have sex with him for 800-1,000 baht.

Deputy divisional commander Col Nakarin Sukhonthawit reported that the police had been notified that teenagers at the stadium had an unusual amount of cash because they were “going out with a foreigner”.

Nakarin said the suspect had admitted to recording sex videos with a boy but insisted it was for his own viewing. Police are checking for the videos online, which would lead to additional charges.

The suspect reportedly told police that he taught French in Singapore and had befriended teenagers at the stadium by volunteering to teach them English and football for over a year.

“As he grew closer to the boys, he invited them to have sex with him for cash and would record it,” according to police.

Police found the suspect had entered Thailand 10 times before, with the previous trip mid-2018, each time staying in the Huai Kwang hotel for around five days.

Police initially charged the man for “taking away” minors under 15 from their parents or guardian and raping children. 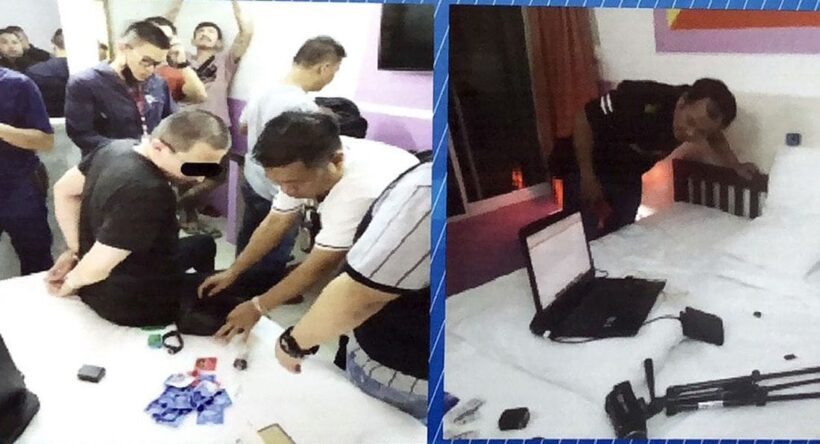 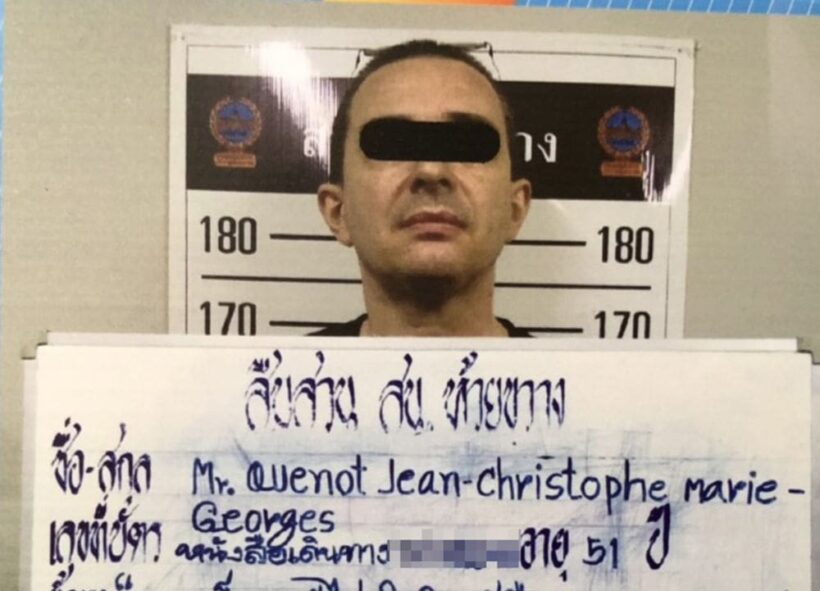 Keep in contact with The Thaiger by following our Facebook page.
News Categories:Bangkok
Related Topics:pedofileSingapore
Up Next

PM, Bangkok Governor and environment board summoned to court over air pollution

A former boxer recently released from custody for drug trafficking charges claims he was wrongfully imprisoned and is calling on the national police chief to prosecute the officers that filed the drug charges. He has submitted documents to Thailand’s police chief Chakthip Chaijinda as evidence he had been wrongfully imprisoned for 14 months. Now he’s demanding justice and wants the police who arrested him investigated and prosecuted.

Atchariya “Max” Wirotesunobon was a WBC Asia super-lightweight champion. The title was stripped from him after he was arrested in 2018 at the Don Mueang International Airport in Bangkok on his way to a boxing match in Japan. He was accused of involvement with an operation to smuggle and sell more than 3 million methamphetamine pills.

Wirotesunobon was incarcerated for 14 months, but was acquitted and released last week. The only thing that linked him to the crime, he says, is that a car he sold to a dealership was used by people in involved in the drug smuggling operation. The car was sold in 2015. Others arrested in the operation said they were not associated with the boxer, and Wirotesunobon said he does not know them.

A Thai man has shot his best friend in Bangkok over the weekend after he found out his friend had an affair with his ex-wife. The 34 year old man, reported as ‘Paratkorn’, found photos of his wife and friend, 31 year old Pongsitthat. In a fit of rage, he shot and injured Pongsitthat.

Police say Paratkorn has a history of violence. He spent 6 years in prison for attempted murder and had also been arrested for drug and gun related charges. During Paratkorn’s time in prison, his friend stepped in to help out his wife and daughter, and ended up having an affair with Paratkorn’s wife.

Paratkorn shot at his friend who was sitting in his car at the time. Bullets hit his face and arm, injuring Pongsitthat. Another bullet hit a cafe, but no one else was injured. As of yesterday, Paratkorn has not been arrested and the Bang Khen Police Station are tracking him down.

Private state quarantine options are available for those returning to Thailand and willing to pay a hefty price. The 14 day quarantine is required for everyone re-entering the country to prevent any possible spread of the coronavirus, but there are more luxurious options from hotels that have passed the test from the public health and defence ministries.

Around 90 guests so far have opted for the their mandatory quarantine at Qiu Hotel Sukhumvit. The hotel says they have received hundreds of enquiries about the alternative state quarantine service. The hotel is selling its quarantine package for 32,000 baht per person (for 14 days) which includes 3 meals a day. They are parenting with the Sukhumvit Hospital to provide, if needed, free ambulance service, coronavirus testing and a video call consolation with a doctor.

PHOTO: A room at the Qui Hotel, a step up from the state quarantine facilities

But Qiu Hotel is cheap compared to other alternative quarantine services. Other hotels include Movenpick Wellness BDMS Resort Hotel, Grand Richmond Hotel, Royal Benja Hotel and the Idle Residence. Prices at these venues range from 45,000 – 60,000 baht for a two week quarantine stay, according to hotels’ Facebook pages.

Foreigners with work permits or permission from the labour ministry are allowed to enter the country, but they need health insurance, a health certificate and also need to be in quarantine for 2 weeks. They also need to be able to find flights to return to Thailand.