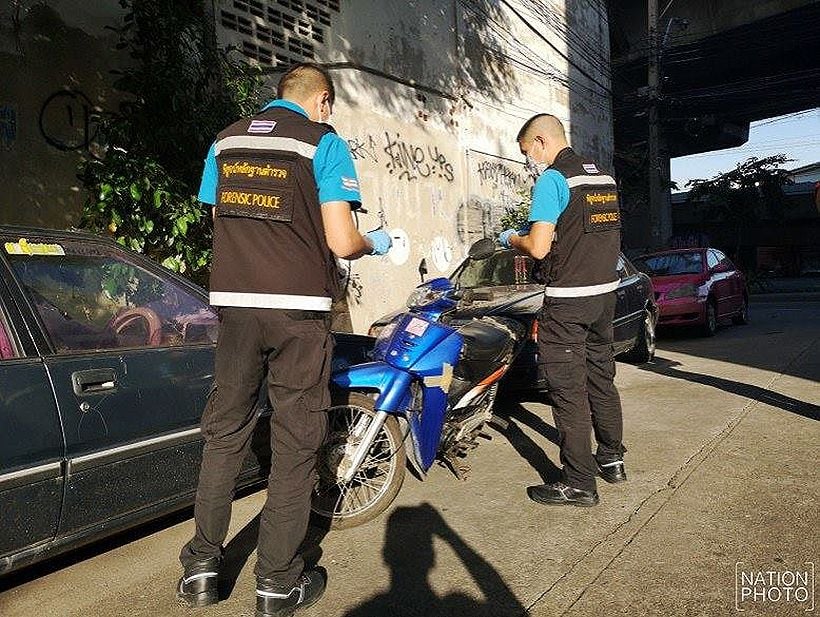 The getaway motorcycle used in the theft of a 10 million baht diamond from a fake jewelry store, set up for the heist, in Bangkok’s Bang Rak district on Tuesday belonged to a long-deceased Thai man.

The motorcycle, which the two suspects abandoned at Soi Wat Doung Khae in Pathumwan district, was found yesterday.

Police are now investigating how it ended up being used by criminals. Although the motorbike carried no licence plate, police traced its ownership via the tax renewal sticker that identified the vehicle registration number as Kor Ror Thor 770 Lop Buri, said a police source.

Earlier this week, police secured arrest warrants for theft suspect 59 year old Pipatpongpat Suksawatpipat and his accomplice, who served as a getaway motorcyclist.

The suspect was captured by CCTV footage fleeing on a waiting motorcycle from the front of a fake jewelry shop on Si Phraya Road. Police say the suspect got hold of the gem after posing as a jewelry trader and left the diamond owner, Indian businessman 44 year old Jain Vaiphav locked in the shop.

Vaiphav, who smashed a glass panel to get out and sustained a 20-stitch gash on his arm, had advertised the diamond for sale on a website. Police suspect that gave the thieves the idea to steal it by setting up a fake jewelry shop and luring the Indian businessman to hand over the gem during purchase negotiations. 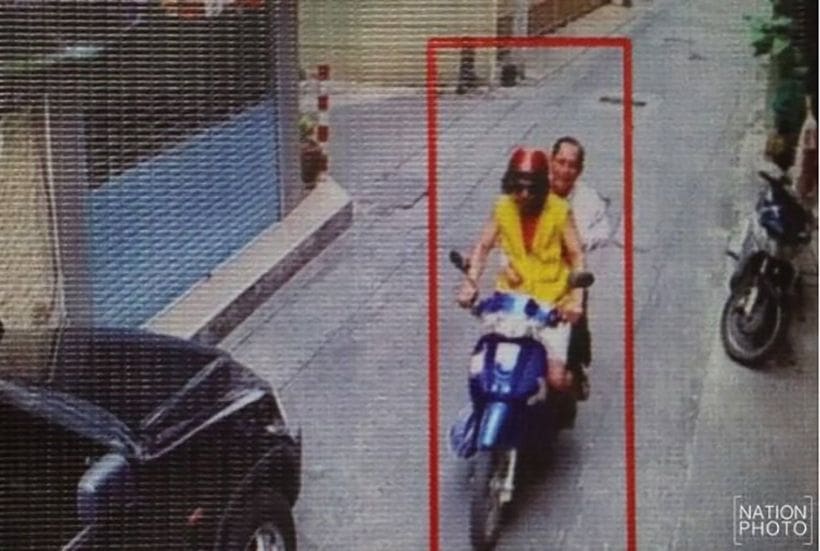 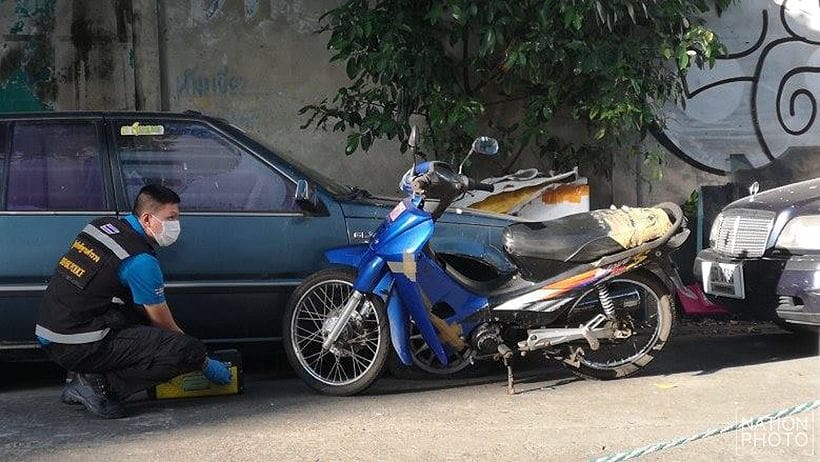