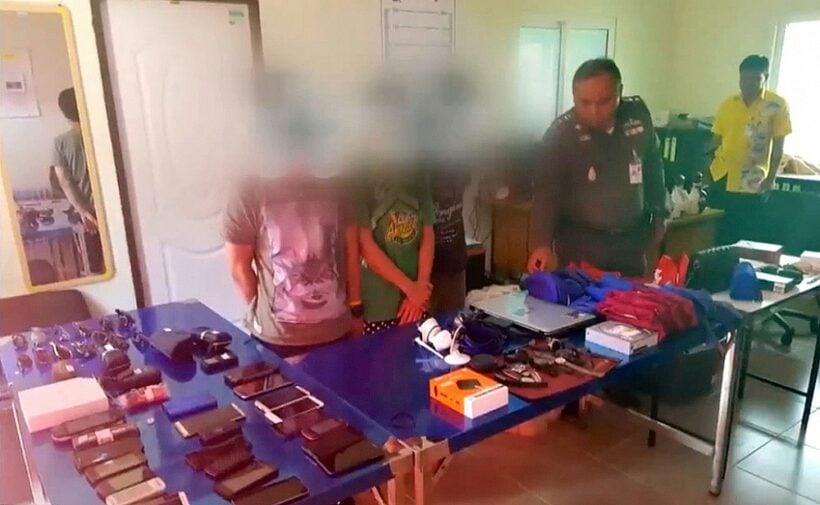 The arrest follows a complaint filed by an airline that passengers’ valuables had been going missing from luggage since late last month.  The three men, all from Phichit province, reportedly confessed to have stolen tourists’ belongings while they were carrying luggage onto airplanes and also bought stolen items from others. 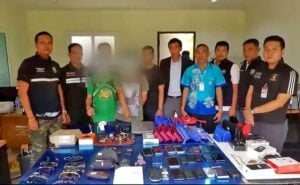 Pol Colonel Jirasak says charges of theft in airport and possessing stolen items would be filed after the investigation was completed. Meanwhile Nirut and Manoch were charged with conspiring to bring items into the Kingdom without passing through a custom’s procedure and possession of marijuana, while Chakrit was charged with possessing “yaba” pills, Jirasak said.

Police and airport officials have conducted random checks on workers who handle luggage and arrests have occasionally been made. Luggage theft was difficult to detect because most stolen items were small commodity goods and so passengers did not bother to file complaints or were not aware that items were missing, Jirasak said.

He said that random checking of luggage-handling workers had some affect in preventing thefts and so police would increase the random checks. They would also educate luggage handlers and business operators about punishment for crimes of theft and the negative impacts it has on the island province’s tourism.

Jirasak said police would invite airline representatives to view the 100 seized items at the precinct to see if they matched reports filed by their passengers. 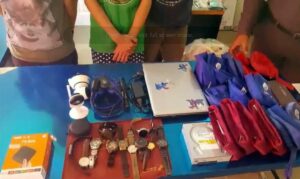