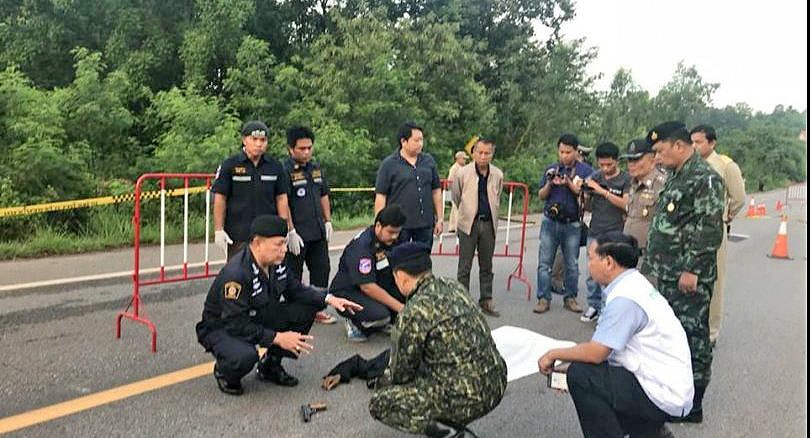 Police chased down and then shot dead a drug suspect in Kalasin province yesterday just hours after a “shoot to kill” order was given following the recovery of the body of a police officer allegedly killed by the suspect.

Police say drug suspect, Saurian Lekphet, was shot and killed at 1.30am on Ban Promlee Road in Moo 12 village in Tambo Nong Bua of Nong Krungsri district, Kalasin, in the middle of Thailand’s northeast.

Provincial Police Bureau commissioner chief Pol Lt-General Surachai Khuantechakhup had said on Friday afternoon that police officers would be justified in adopting a “shoot to kill” stance against the suspect after the body of Pol Corporal Saran Muthaporn was found in the Pao River.

Saran fell into the river after being shot at a fishing pier in Ban Dong Somboon in Tambon Dong Somboon in Khatho district. Another officer, Pol Sgt-Major Pramote Thipmongkol, was also allegedly shot and injured by the suspect.

Suriyan was fleeing after being granted bail in a case of meth trafficking. A warrant for his arrest had been issued by the Kalasin Court.

Following the killing of the policeman, the Provincial Police Bureau 4 assembled a team of 200 officers to hunt down the suspect.

Montree said police learned on Friday evening that the suspect was still hiding in Tambon Dong Somboon. Police carried out a massive manhunt in the tambon until the suspect was spotted in Moo 12 in the nearby Tambon Nong Bua in Nong Krungsri district early on Saturday.

After the shootout, the suspect was found lying face down. A homemade shotgun capable of loading one bullet at a time was found near his body. He was shot five times on his abdomen and one bullet hit him on the left hip.

A relative confirmed that the slain suspect was Suriyan. His body was later sent to the Forensic Medicine Institute of Khon Kaen province for autopsy.

Kraisorn said his province has been relentlessly cracking down on drug trafficking. He said the operations from now on would have to be more careful as the suspects might be armed.

The governor vowed to terminate drug trafficking from the northeastern province.

Surachai also said that police would henceforth be more careful when hunting drug suspects as they might be armed and might try to resist arrest.

Surachai said the Provincial Police Bureau 4 would host funeral services for the slain cop at Wat Phochai in Nong Khai, his home province, and would seek a royally sponsored cremation rite for him. 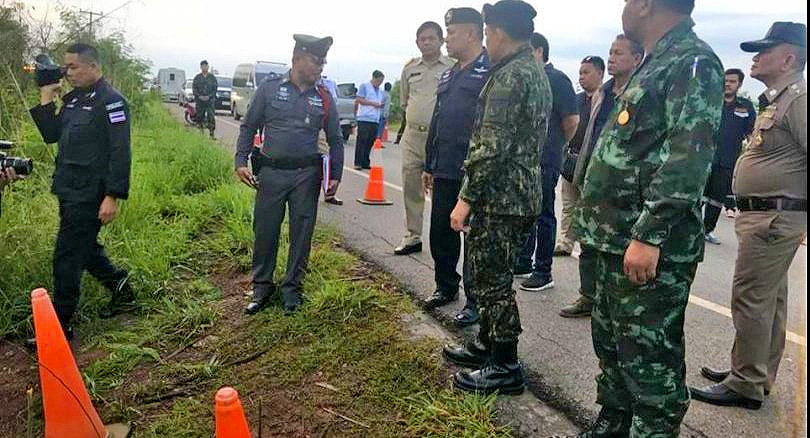