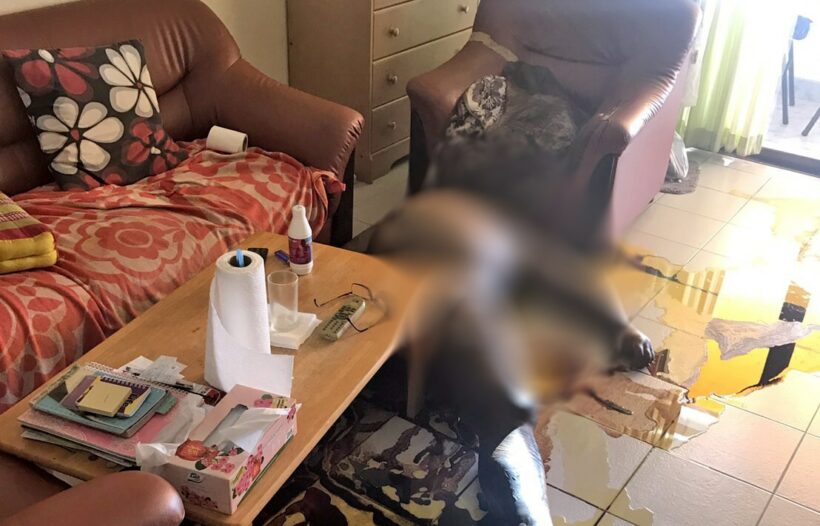 A 73 year old French man, Claude Cadeau, was found dead in a Patong Hotel yesterday (Saturday). Police estimate that he’d died there at least 3 or 4 days before he was found.

He was found at room number 49/91 on the 8th floor of a condominium in Patong.

Police contacted his girlfriend, 43 year old Udom Suebchat, who had been in relationship with him for 10 years though they weren’t married and did not have a child together. After an investigation, police were told that they stayed together until April 9 before she flew to Surin province to visit her child during the Songkran break. She told police, since she arrived in Surin, she couldn’t contact him anymore until yesterday that she decided to contact the condo manager to check on him and found that he had died.

She noted that he had suffered from high blood pressure for many years.

Forensic police and an autopsy team from Patong Hospital investigated the scene. They didn’t find any sign of physical attack and his valuables were still left in the room. The police have contacted the French embassy to report the incident.