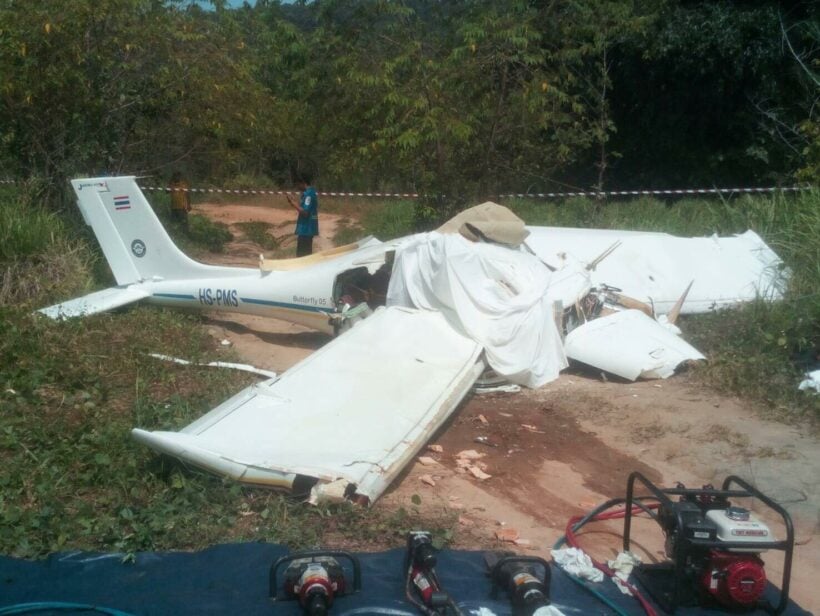 A small plane crashed in a field in front of the Phuket Air Park, in Paklok, at 10.20am this morning. There were 4 people on the plane and two casualties have been confirmed. The two casualties are the pilot and the engineer while the two injured are civil aviation students.

Local officials have been at the scene for rescue and to control the situation while separating the crowd from the scene in a rice field near the Phuket Airpark. The cause of the crash continues to be investigated.

Two are dead and another two injured following a private plane crash, apparently before landing at the Phuket Airpark in Paklok, east of Heroines Monument, Phuket. We’ve been informed that the pilot’s name was Wattana.

Sources, who have asked not to be identified, say they believe the airline company, which owns the plane that crashed, was flying Chinese tourists regularly on paid joy flights out of the Phuket airpark.

The deceased pilot, Wattana, had been conducting the flights out the Phuket Airpark for ‘many years’ and, according to our source, had ‘bus loads’ of Chinese tourists coming to the private airpark every week to take a flight.

Wattana had had previous crashes in planes – a Jabiru aircraft in a past accident – at the airpark conducting the joy flights.

According to our source, the plane flying today was a HS-registered plane for general aviation, but may not have been registered to carry four passengers. From the photos it can be seen that much of the construction materials of the plane were timber and fibre-glass. 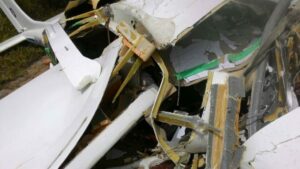 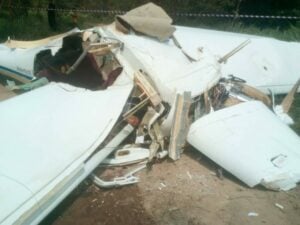