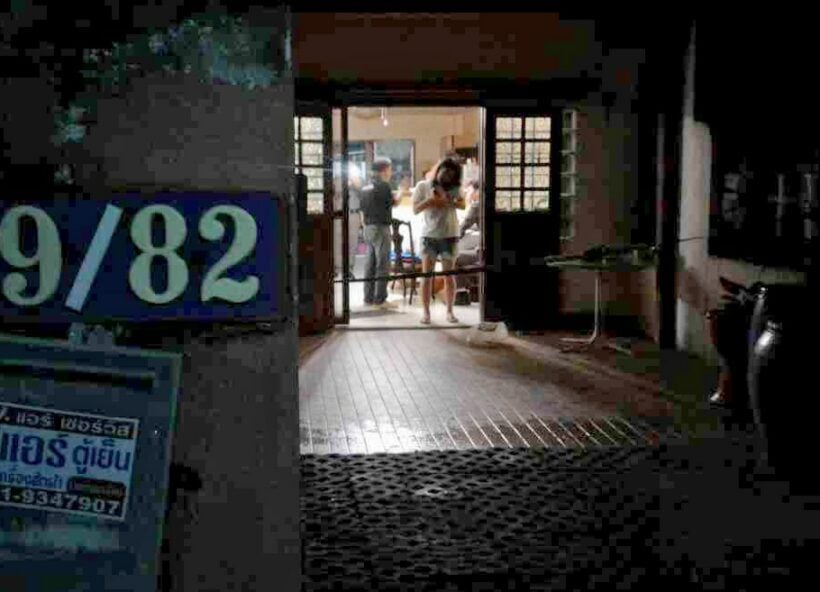 Last night (September 25), 52 year old Niran Pratumsin surrendered herself to police confessing that she had killed her husband in the house they lived.

At the scene, police found 78 year old Johann Friedrich Speckbacher dead on the floor, next to a dining table with traces of rope still around his neck. There was no other injury found on his body and no trace of a fight or assault. Near the dead body, there were flowers, lightened candles and joss sticks with a bottle of perfume.

The police passed on the body to the Phuket Ruamjai rescue team to take him to Vachira Hospital for an autopsy.

Niran confessed to the police that she was fighting with her husband and got very angry and tightened a rope around his neck while he was sitting on the dining chair.

She has been accused of attempted murder and taken to Chalong the police station. 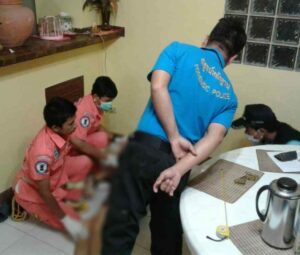