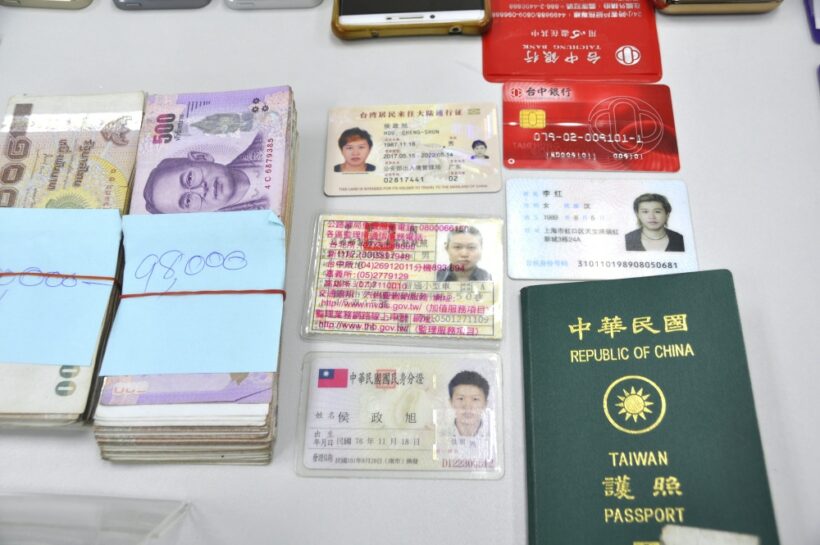 A 45 year old Taiwanese man wanted for a high-profile electronic card information theft linked to a “call centre scam” has been arrested in Nakhon Ratchasima.

Chi was also named on another arrest warrant issued by the Phitsanulok Court for conspiracy with a transnational criminal gang after three alleged accomplices were nabbed earlier this month along with 189,000 Baht in cash and 10 ATM cards. The trio Hou Cheng Shon, 30, Hung Wei Che, 22, and Wu Chung Che, 22 had been arrested for withdrawing cash within Thailand for a Taiwanese gang linked to Chi.

Provincial Police Region 3 investigation head Pol Maj-General Supakorn Khamsingnok said Chi, who had been in Thailand for a decade, allegedly coordinated activities on behalf of the Taiwan-based gang. Police said the gang phoned people and duped them into wiring money to clear their names in relation to bogus criminal investigations.

Chi is accused of sending the fraudulently obtained money back to gang leaders in Taiwan.

A police source said the companies – two in Huai Kwang and one in Bung Kum – allegedly served as tour business and employment agency fronts to launder money for a call-centre scam gang.

The companies allegedly “facilitated” the Thai workers sending money back to their families, by keeping the legitimate Taiwanese dollars and sending ill-gotten cash to pay the workers’ families instead, the source said.

Romsit said the gang had duped Thai and foreign people into wiring money with a threat of criminal prosecution over bogus drug or money-laundering offences since 2010. 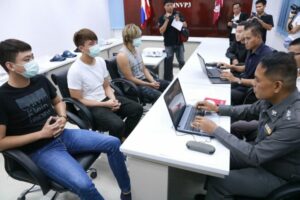 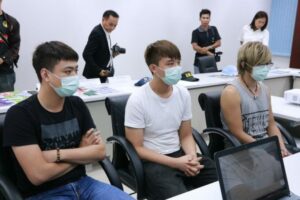 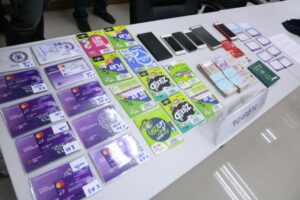