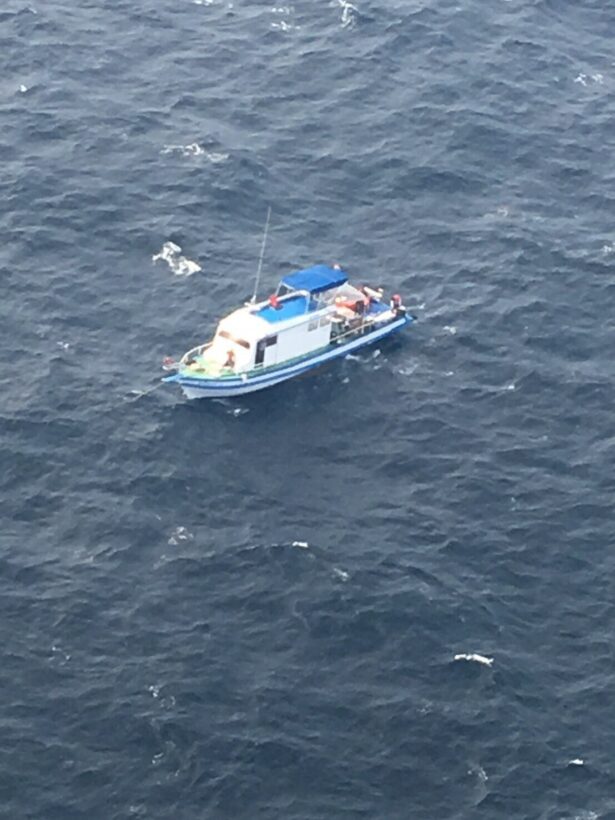 The 6 men, reported missing earlier yesterday (December 30), have been rescued by Royal Thai Navy Area 3 today (December 31). All safe and back home.

This morning at 8.50 am, the Air Force from Royal Thai Navy Area 3 made an aerial servey around the area where the crew last had made their last contact and after an hour of search, they found the missing boat with the 6 men casting anchor approx. 20 nautical miles from Prom Thep Cape. The navy then towed the boat back to shore.

Chalong searching for 6, missing off Karon

Chalong police are following up a report about 6 men who went missing while fishing off Karon in a local boat.

The boat, called Jarin, headed off on the morning of December 29 from Chalong Pier. A mother of one of the missing men says he contacted her when they were off Kata Beach the same afternoon saying that there was a fuel leak and they were running out of fuel. The mother and other relatives have been searching for the 6 ever since and haven’t had any contact with them since Friday afternoon.

MONDAY MORNING NEWS BRIEFING – All your local news in 3 minutes