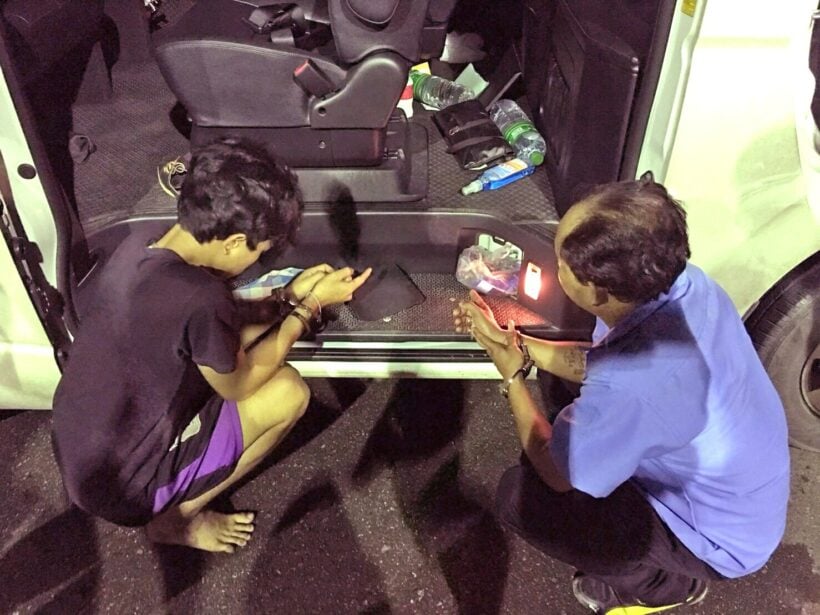 The two men travelled with a private van and arrived at the Thachatchai checkpoint around 11pm. Officers searched the vehicle and one of the officers, Private Manop Jutisri, found 2,156 amphetamine pills hidden in the hand-jack storage near the stairs, on the right side of the van. The two men are accused of possessing drugs with intent of trafficking.

They two men were sent to Thachatchai Police Station for further questioning. 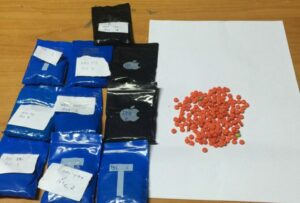 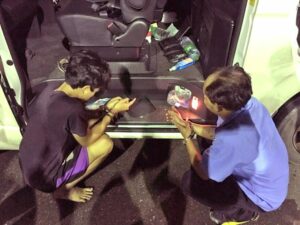