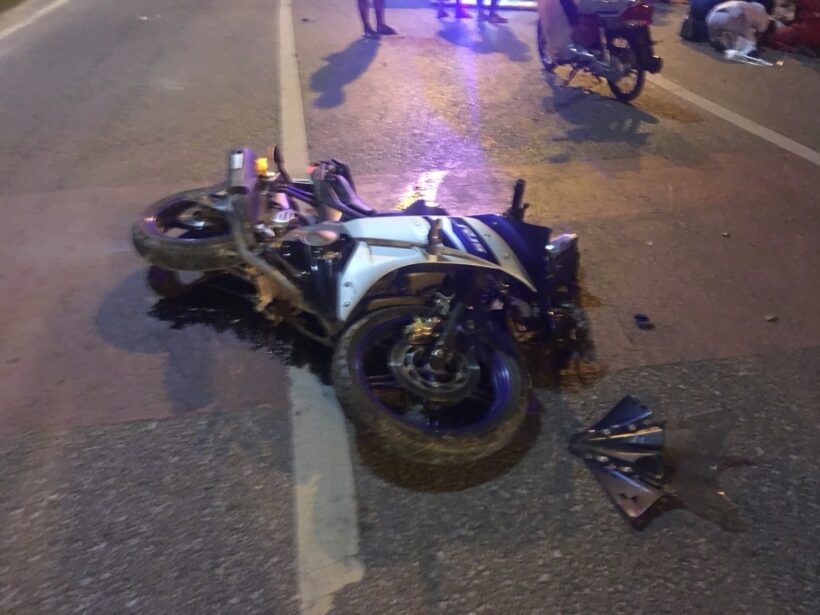 Thalang Police were notified of an accident on Saturday night (June 2) at 11.30pm near the  Heroines Monument – Paklok Road in front of Sitti Srisoonthorn Bamrong School (Baan Pak Cheed School) in Thalang.

Rescue workers arrived at the scene to find a teenager who was later identified as 17 year old Wasurat ‘Oat’ Palapon from Khon Kaen. Wasurat had head injuries and broken legs. He was unconscious.

Nearby police found a Yamaha R15 150cc motorbike laying in the middle of the road. A broken road sign was found on the central reservation. Oat was rushed to Thalang Hospital but was pronounced dead upon arrival.

Witness told police that the motorbike was driving with a high speed from Soi Prasert heading to a shop near the entrance road to Baan Yamu.

When the motorbike approached a curve Oat was lost control and collided with the central reservation post and road sign. The motorbike driver ended up many metres from the motorbike.

Southern monsoon has arrived – rain predicted around the country