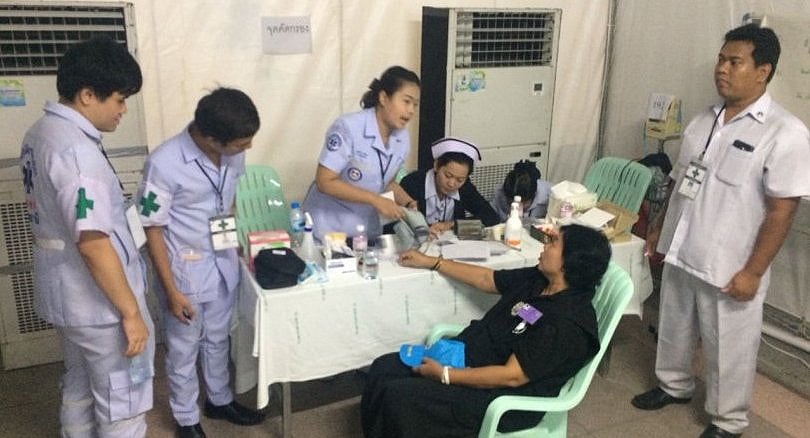 At least 16,000 people sought medical help from mobile medical units based near the Royal Crematorium ceremonial grounds on Wednesday and yesterday morning.

About 100,000 mourners have crowded into the areas along the route of the Royal Processions held in honour of HM the late King Bhumibol Adulyadej since Wednesday. Many of them had camped out for a few days ahead of the opening of the public viewing zones at 5am on Wednesday.

“The most common symptoms are fainting, cramps, fatigue and wounds from accidents,” Public Health Minister Piyasakol Sakolsataya-dorn said at 8am yesterday. He said many people had lacked enough rest, and had been exposed to the sun and rain. Piyasakol said his ministry had ensured medical services were available in all areas round-the-clock.

More than 4,000 medical teams took turns providing the services, he said. Piyasakol advised people who had chronic health problems to alert their friends, relatives or a person next to them if they felt like fainting to ensure that they could get help in time. 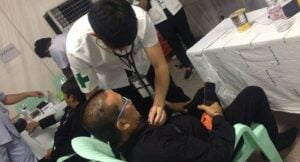 The collection of the Royal Relics and Ashes, this morning from Sanam Luang