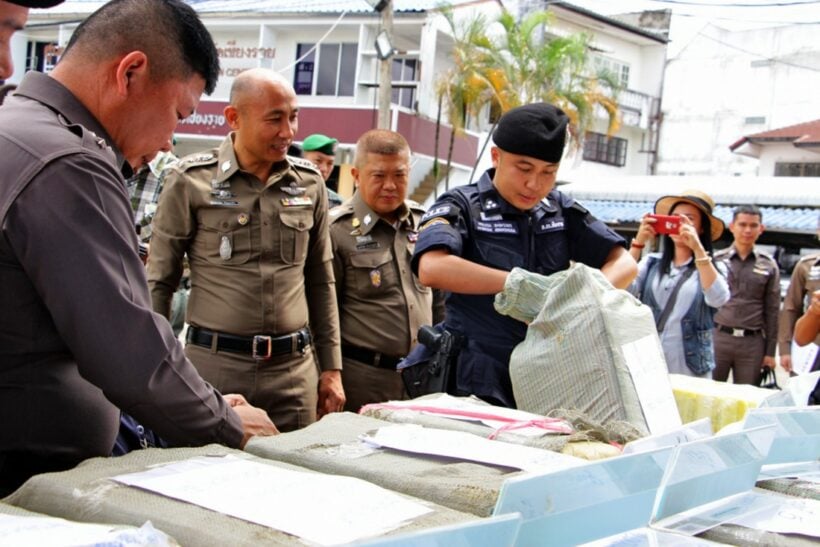 The truck’s licence plate number had been stolen from another vehicle registered in Phayao, he added. Police say the large haul was among many narcotics caches recently seized under the government’s policy to set up more checkpoints to put pressure on drug traffickers and intercept their illegal cargo.

The seized pills carried the Wa drug-trafficking syndicate’s “Y1” logo, 80 per cent of which were for distribution to customers in Thailand.

Police say the gang, who are thought to have smuggled this batch into Thailand via Wiang Kaen district, also had a cache of 9.4 million pills seized on April 2 that may have led to the fatal April 24 ambush of Hmong kamnan Thaweesak Yodmaneebanphot and his family.

That attack seriously injured 54 year old Thaweesak – chief of Tambon Por and president of the Hmong People Club of Thailand – and his three-year-old son. His wife, 40, and five year old daughter were killed.

Police suspect that the attackers – at least four of whom are wanted under arrest warrants – believed Weerasak had provided information to the authorities about the smuggling of the 9.4 million pills. 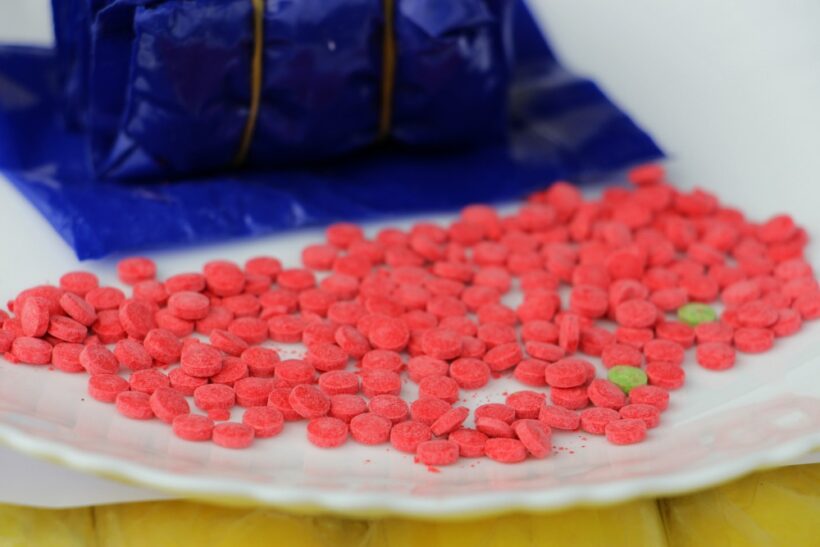