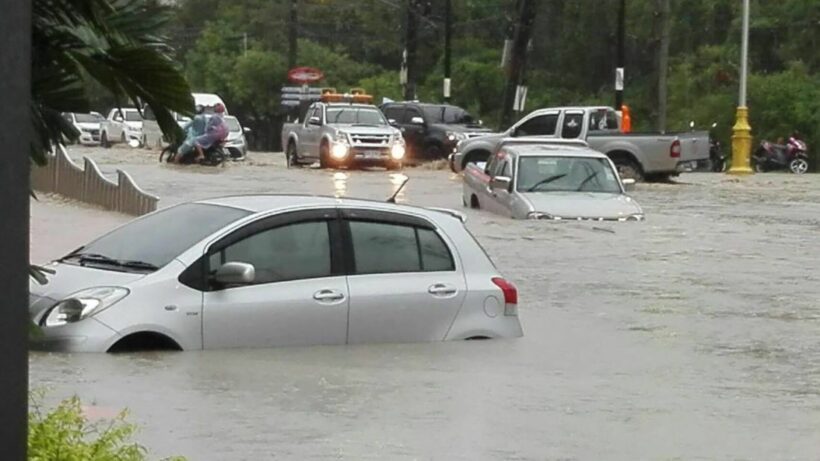 Thailand’s Office of National Water Resources says 14 provinces are at increased risk from flooding as heavy rains are expected from October 15, with southern parts of the country expected to bear the brunt.

The Pattaya Mail reports that local authorities are being instructed to install equipment such as water pumps, flow accelerators and excavators, and to remain on alert and be ready to inform residents of risks.

The following regions should expect heavy rainfall from the middle of next week:

Chonburi, Chantaburi, and Trat in the east, Phetchaburi and Prachuap Khiri Khan in the west, Surat Thani, Chumphon, Ranong, and Trang in the south, along with Nakhon Si Thammarat, Phang Nga, Phuket, Krabi, and Songkhla.

The south of the country is expected to be the worst hit, according to General Somkiat Prajamwong, Secretary of The Office of National Water Resources.

“What we need to watch out for, is from 15th October in the southern region, particularly in the mid-section of the west coast. 14 provinces will be affected.

“The main issue is, in October from the 15th, so we have already assigned the Royal Irrigation Department and DDPM to relocate their machinery and equipment into flood risk areas to prevent difficulties, especially in Nakhon Si Thammarat, Phang Nga, Phuket, Krabi, and Songkhla which could be most affected.”

Wet weekend for most of Thailand