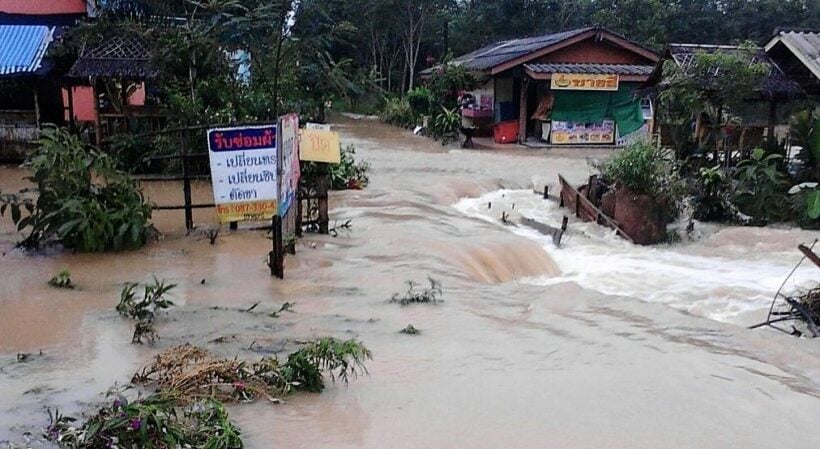 The head of Thailand’s Disaster Prevention and Mitigation Department (DPMD) says that a combination of monsoon weather in the south of the country, and tropical storm Podul in upper provinces, has so far caused 16 deaths and left over 102,000 households affected.

Chayaphol Thitisak adds that 10 provinces are still flooded, with nearly 1,500 residents evacuated from 15 locations considered to be at risk.

The DPMD is assisting local officials and the army by providing staff and equipment to help people in the areas worst affected. Pumps are being installed to drain flood waters and flat-bottomed boats are being sent in to collect people’s belongings and help with transportation.

Officials are continuing to monitor the situation around the country with heavy rain in several provinces – north and south – increasing the risk of flash floods and landslides.

Chief Chayaphol urges people to follow weather reports closely and call the department’s 24-hour hotline on 1784 should they need assistance.