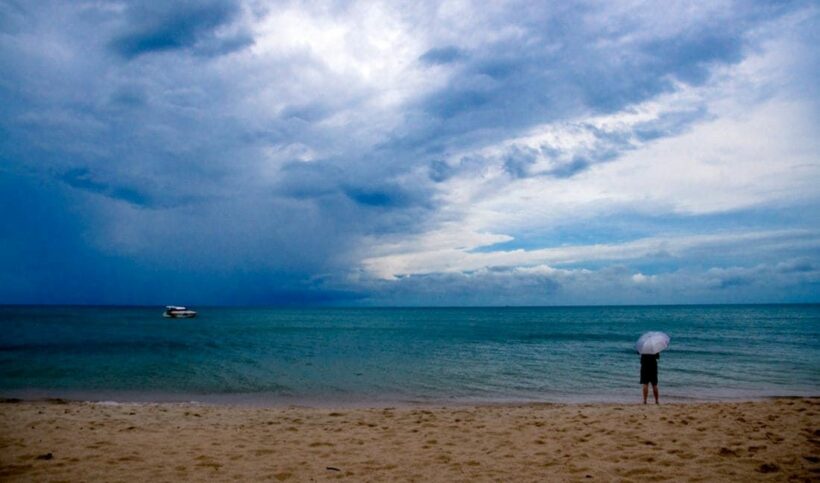 Hot conditions, along with thunderstorms and gusty winds, are the feature of weather in the north east and eastern regions over the next few days. There will also be some additional wet weather for southern provinces on the west coast, due to the extensive storm system, which has now been named Cyclone Amphan, in the north part of the Bay of Bengal.

The cyclone is growing to an equivalent Category 4 hurricane. Amphan will impact the India-Bangladesh coastal areas by Wednesday local time with potentially catastrophic impacts.

Meanwhile, temperatures are expected to get back into the low 40s again in the north and northwestern provinces of Thailand.

The Thai Meteorological Department forecasts that thunderstorms and wind will whip up 2 metre waves in the Andaman Sea and is advising that small boats “must not venture out while bigger vessels should “proceed with caution”.

Forecasts for the next 24 hours…

Hot to very hot with thundershowers in 10 per cent of the area, gusty wind is possible; temperature lows of 24-30 degrees and highs of 38-41 C.

Hot to very hot with thundershowers in 30 per cent of the area, gusty wind is possible, temperature lows of 24-29 degrees and highs of 35-40 C.

Hot with thundershowers in 20 per cent of the area, gusty wind and heavy rain are possible; temperature lows of 26-29 degrees, highs of 38-39 C.

Hot with thundershowers in 30 per cent of the area, gusty wind is possible in some areas; temperature lows of 25-29 degrees, highs of 31-37 C. Waves a metre high and 1-2 metres during thundershowers.

Mostly cloudy with thundershowers and heavy rain in 30 per cent of the area; temperature lows of 24-29 degrees, highs of 32-37 C. Waves less than a metre high and 1-2 metres during thundershowers.

Thundershowers in 70 per cent of the area with isolated heavy rain; temperature lows of 23-26 degrees, highs of 31-32 C. Waves 2 metres high and more than 2 metres during thundershowers.