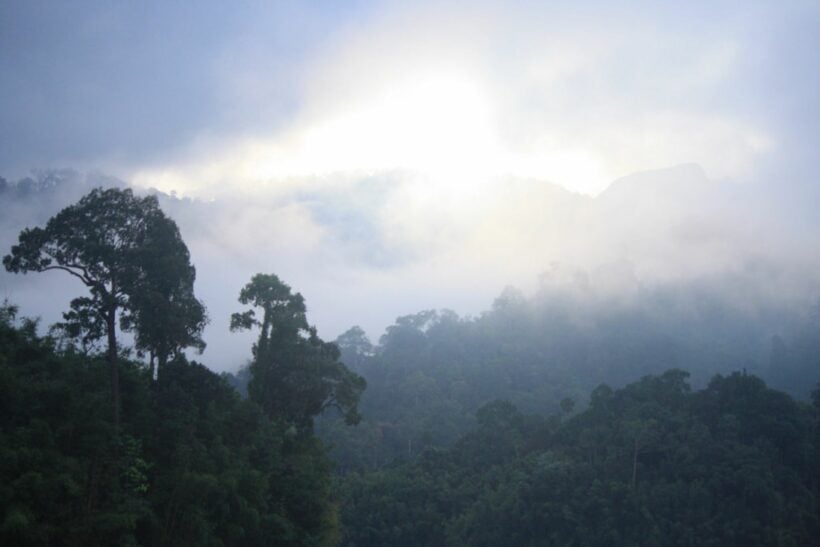 It’s winter, but not in the smow/sleet/icy roads sort of way. Winter in Thailand means clear blue skies in the south and cooler temperatures in the central and northern regions. (Five day forecasts below)

Temperatures in Bangkok, as well as provinces in the central and eastern regions, are also forecast to dip to 13-18oC from December 7–9, according to Thailand’s Meteorological Department today.

Because of the cold, but dry weather, the TMD is warning of the possibility of fires spreading from the burning of farm waste.

Strong winds and high waves are also expected in the Gulf of Thailand, with waves from 2-4 metres.

Five day forecast for Phuket (below) 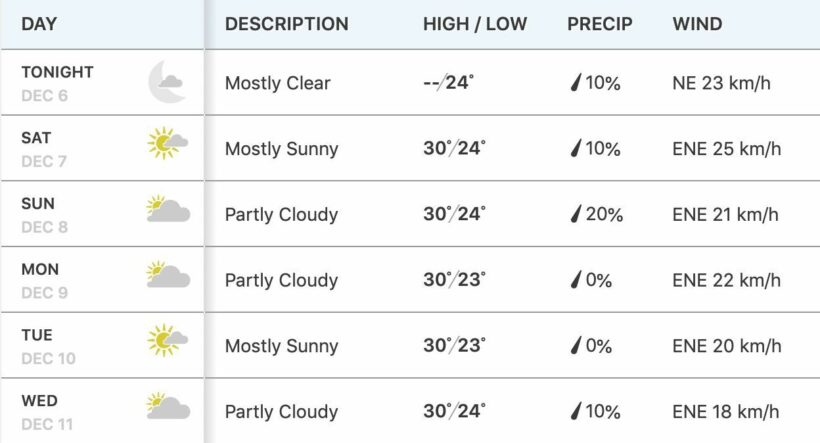 Five day forecast for Bangkok (below)

Five day forecast for Pattaya (below) 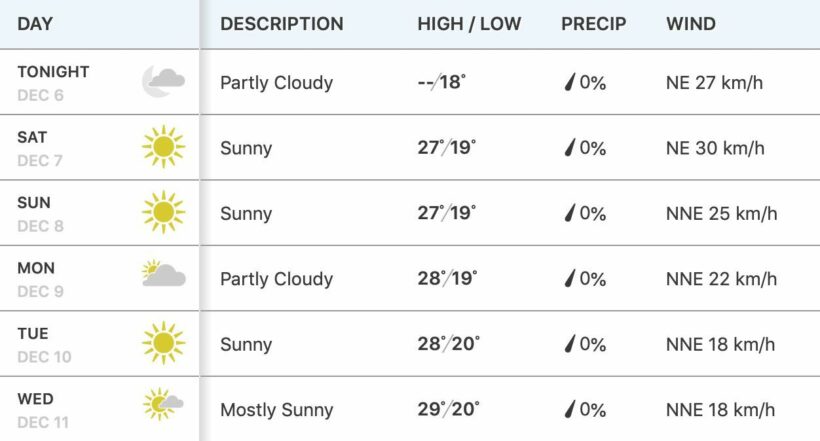 Number of foreign companies investing in Thailand up over 100%