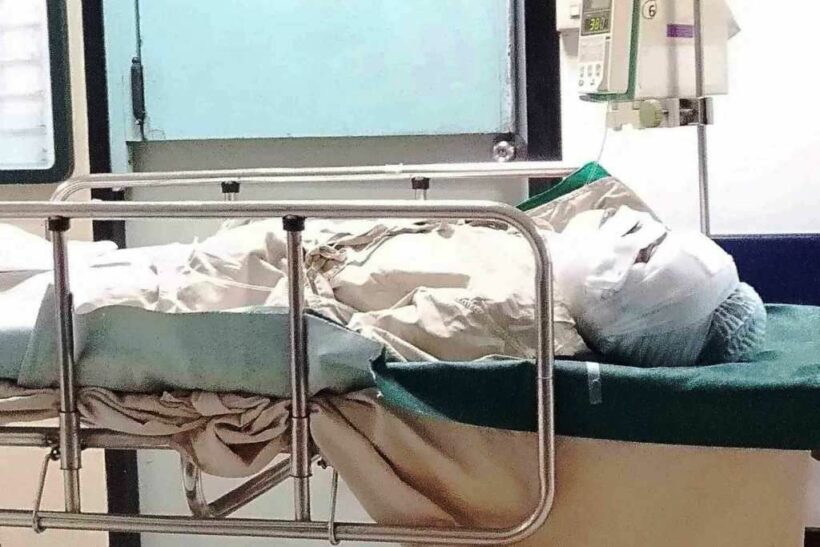 A woman is recovering in hospital in Hat Yai, southern Thailand, after being set on fire by family members who accused her of stealing 300 grams of crystal methamphetamine (ice) from them.

Several family members accused Malai of stealing 300 grams of crystal meth they had hidden near her shelter, in a village in Songkhla province. The drug had reportedly been left there for a buyer to pick up.

Arrest warrants have been issued for 41 year old Solae Jisawat, his wife Jantira Binsaho, aged 36, and their relatives, 26 year old Yongyut Chumpraman and Patraporn Petcharat, aged 29, who are wanted on charges of illegal detention and attempted murder. A 17 year old family member has already been arrested and has confessed to delivering Malai to the other four.

It’s reported the group assaulted her and poured petrol on her while demanding she return the stolen drugs. When she told them she’d already dissolved the crystal meth in water, they set her on fire. Malai managed to escape and was found hiding in the back of a truck early the following morning and taken to Hat Yai hospital.

The Chiang Rai Times reports that the last two years has seen a ten-fold increase in high-purity crystal methamphetamine seizures in Thailand, which is understood to be produced on an industrial scale in neighbouring Myanmar in an area called the Golden Triangle, before being trafficked through northern Thailand and sold across the Asia-Pacific region, from South Korea to New Zealand.