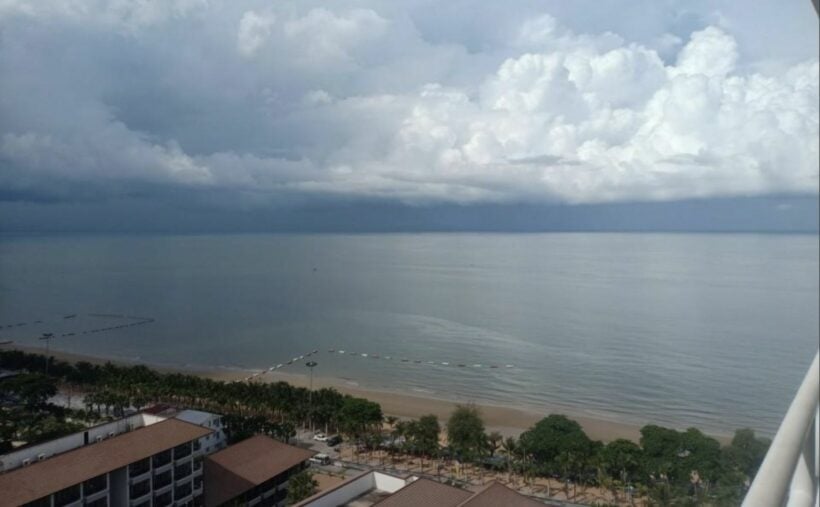 Rain, and more rain. That’s the forecast for many parts of Thailand today. Already, over the past 24 hours, there has been torrential rain storms hitting parts of Phuket and Chiang Mai. Today the Thai Meteorological Department is forecasting a week of poor weather ahead in the Chon Buri province, east of Bangkok. There is an 80% chance of rain forecast for each day with temperatures notching 29 or 30C.

Heavy rain, high winds and flooding have affected large swathes of the country, especially the north. There has been heavy flooding in many Thai provinces over the weekend, partly as a result of the tropical storm Sinlaku. On Saturday night, poor weather and high waves caused the capsize of a car ferry near Koh Samui in the Gulf of Thailand. 2 people have died with 3 remaining missing, presumed dead.

Sinlaku devolved into a tropical depression once it hit the north-central Vietnamese coast yesterday afternoon, but continues to bring strong winds and heavy rain across the country and is influencing the weather in the north of Thailand.

Northern Vietnam could expect heavy rainfall of up to 100mm a day until up to August 8, according to local forecasters. Sinlaku was the second tropical storm to appear in the South China Sea this year.

Back to Thailand, and Chon Buri residents are being told to prepare for potential sporadic heavy rain showers and isolated flooding today. The beaches will be dangerous today with high surf and high winds.

Weather in Pattaya for the rest of this week…

Crazed knife-wielding man arrested in Pattaya while threatening others