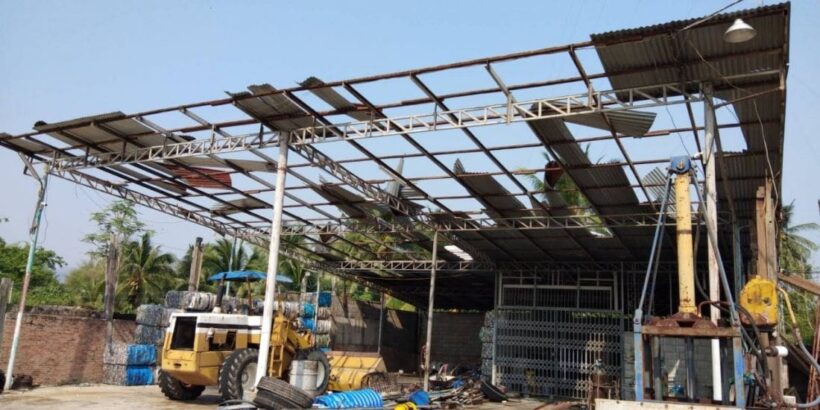 Over 300 houses have been damaged after thunderstorms lashed seven districts of Kamphaeng Phet province, in central west Thailand, at about 8pm last night.

Officials have visited the districts this morning and found 25 damaged houses in six tambon of Muang district. The storms also damaged 162 houses in seven tambon of Phran Kratai district and 92 more damaged in Sai Ngam district. Officials said 17 houses were damaged in Khlong Lan district and 11 in Lan Krabue district, while 10 houses were affected in Pang Sila Thong and Khanu Woralaksaburi districts.

Storms pummelled Bang Rakam, Phrom Phiram, Noen Maprang and city districts at about 9.30pm. The storms left behind damaged houses and downed trees and power poles throughout the districts.

Around the city centre of Phitsanulok alone some 30 houses were damaged and four trees uprooted by the strong winds, which also blew away tents selling food for the Songkran festival on the Nan River bank. Officials are yet to assess the damage in other areas. 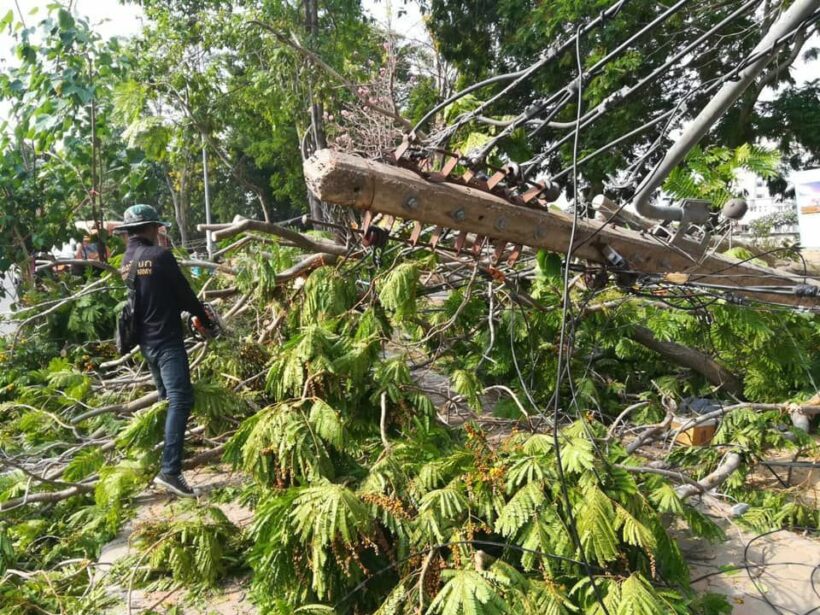