Foreigners currently on visa amnesty, who didn’t make the initial September 26 deadline to file for extension, can extend their visa between now and October 31. The Immigration Bureau is trying to reduce overcrowding at local immigration offices and say that no matter what day the 60 day extension is made, it will go into effect on November 1.

In an extremely last minute decision last week, the government extended the visa amnesty, which had expired on September 26, to October 31. Under the new regulations, extensions are now 60 days each.

Those who already paid 1,900 baht get a 30 day extension by the initial cutoff are advised to get the stamp changed at their local immigration office, allowing them to stay until November 30 at no extra cost.

Many foreigners had scrambled to get their visa sorted out before the deadline, crowding immigration offices. Police even threatened arrest for overstay. But many did not make the cutoff and were unable to leave the country. A foreigner in Nakhon Si Thammarat, who was in the process of filing for the 30 day extension, says she was fined 2,000 baht for overstay on September 30, before the new regulations were official and published in the Royal Gazette. 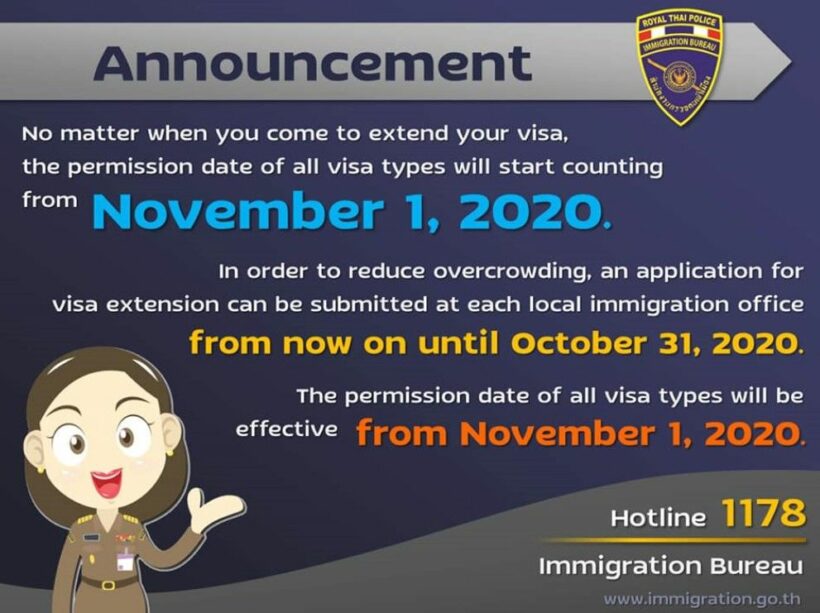